Vocation to the priesthood: Finding the extraordinary - Catholic Courier 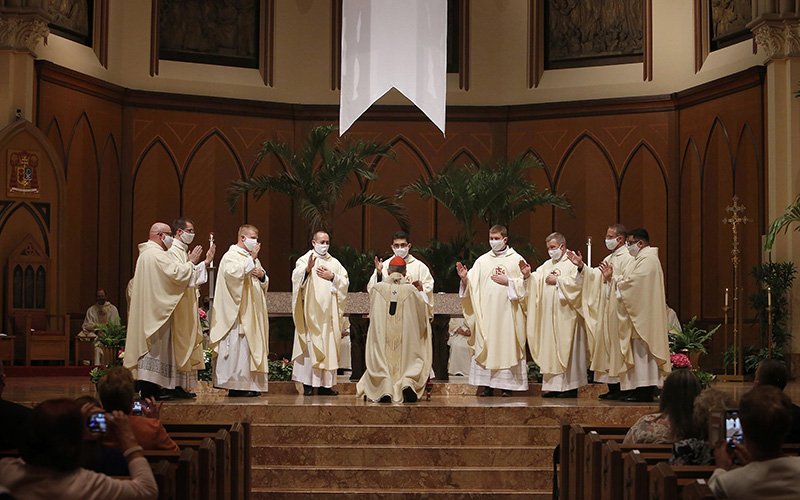 It was 20 years ago, on May 27, 2002, that I was given the profound privilege of receiving the sacrament of holy orders and began my life as a priest of the Diocese of Sacramento, California.

I have heard priests and bishops share their incredible and profound experiences of recognizing the vocation to the priesthood. I wish I could say the same. My recognition of the call involved a long period of discernment and acceptance.

I grew up in Manila, Philippines, and both my parents worked. We did not have a lot, but our parents made sure that I, my two sisters and brother were never in need of basic necessities.

Our parents taught us values in life and encouraged us to do well in school. They may not have had much to pass on, but a good education was for them a worthy legacy to impart.

The faith practice in our household was not too different than anyone else’s family that I knew then. My family went to Mass on Sundays.

Forego intentions of becoming a lawyer

The notion of a vocation to the priesthood did not come to me until my sophomore year at the University of the Philippines Diliman.

I intended to obtain a degree in philosophy as my requisite undergrad degree for law school. I had wanted to be a lawyer as far as I can remember.

I got involved with our local choir that sang for Mass in our area. It eventually led me be involved with the parish youth ministry.

One summer, a group of seminarians came to do their apostolate in our area. One of them jokingly told me that I would do well in the seminary. Nothing profound, but it was enough to initiate my discernment of becoming a priest. I had to forego my intention to become a lawyer.

I presented myself to the stringent seminary screening process, hoping that I would not be admitted. I entered San Carlos Seminary in the city of Makati, Philippines, in 1992.

During my junior year in seminary, my family immigrated to the United States. I was not able to join them due to my age.

Moving to the United States

Prior to my senior year, the Diocese of Sacramento started a program that looked for families who had sons who are in the seminary in the Philippines.

My mother asked me if I was interested. I inquired and was accepted. This allowed me to be united with my family sooner than the normal immigration process would have allowed.

By the time I was in my third year of formation in theology at St. Patrick Seminary in Menlo Park, California, I embraced the undeniable truth that the priesthood was the life for me, and I came to accept that God had made this evident in my everyday mundane experiences.

I was then asked by our ordinary to obtain a degree in canon law, which I completed at The Catholic University of America’s School of Canon Law in 2019. I am currently working as one of the canon lawyers in our tribunal.

Not an incredible epiphany-like experience

Many have often associated the realization of the vocation to priesthood and religious life with some incredible epiphany-like experience.

The reality for me was that it was a gradual confirmation of a vocation through the undeniable joy and peace I experienced in the formation process and being open to it.

I liken the years of formation to an extended period of engagement. The discernment was both on the candidate and those involved in formation. Though not free of its share of crises and challenges, the decision to move forward toward ordination was mutually agreed upon by all parties in formation.

The support from my parents, siblings and a few close friends sustained me throughout my time in formation, and they continue to inspire me each day to humbly, with everything I have and hold, serve the people of God.

Today, I continue to experience the confirmation of the vocation to the priesthood in the most normal of daily tasks as a priest, from the daily routine of prayers, the celebration of the Mass, immersion in the lives of the flock, and to holding a plunger for the church toilet.

Vocation was and is a gradual finding the extraordinary invitation in the normal daily occurrences. God’s voice appears to be clearer in the ordinary moments of daily life, a constant and consistent truth in the last 20 years for me.

(Ordained for the Diocese of Sacramento, California, in 2002, Father Brian Atienza is currently serving his local church as the defender of the bond in the marriage tribunal. Father Atienza was born and raised in the Philippines.)

Tags: Holy Orders
Copyright © 2022 Catholic News Service, Inc. All rights reserved. Linking is encouraged, but republishing or redistributing, including by framing or similar means, without the publisher's prior written permission is prohibited.