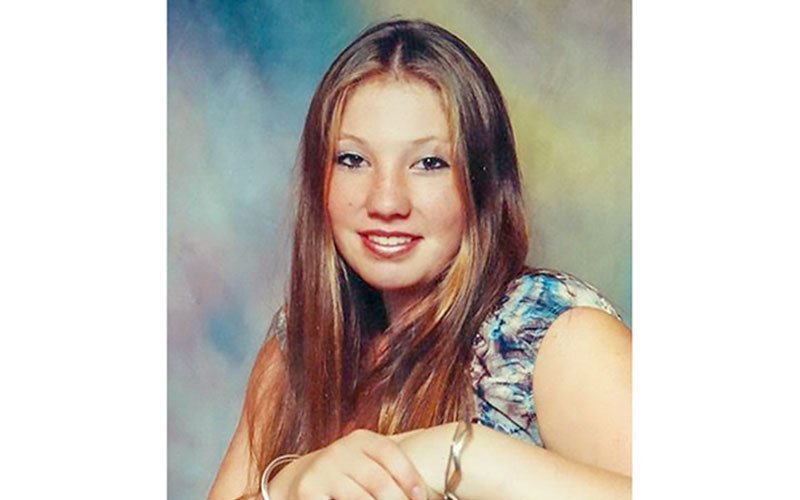 On the first Saturday in June, a few hundred of Elizabeth Amisano’s friends will be getting together.

Amisano may not have known them all personally, but a definite bond exists thanks to the exceptional qualities exhibited by this young lady. Her memory will be honored through the Live Like Liz 5K race, a fundraiser for the Elizabeth Amisano Ovarian Cancer Education Fund.

“Elizabeth was known for treating everybody with kindness and without judgment. It’s something that still influences me every day— my faith, the way I treat people,” remarked Amisano’s younger sister, Margaret, adding that she still hears stories of her sister befriending folks who were socially isolated: “She really was a friend to everybody.”

“She was so fun and spirited. She was a great gal — very sweet, cared about everybody, didn’t judge anybody,” added Mary Ellen Fraboni who, along with Margaret Amisano, serves as copresident of the education fund commonly known as “Live Like Liz.”

Elizabeth Amisano was a swimming, basketball and track athlete at Watkins Glen High School, from which she graduated in 2003. She also was active in youth-group activities at St. Mary of the Lake Church.

However, not long after enrolling at Le Moyne College in Syracuse, Amisano was diagnosed with ovarian cancer. She endured a number of surgeries and chemotherapy treatments before her death in October 2005 at age 20.

Within a year of her passing, the Live Like Liz initiative was launched by a group of local residents, with the road race serving as its chief fundraiser. Now in its 13th year, the popular 5-kilometer run — along with a walk and kids’ “Fun Run” — will take place June 2 at Watkins Glen High School. Participants will include not only racers, but a host of volunteers and businesses as well as survivors of ovarian cancer.

“I’m always blown away to see the amount of people coming out. Our community is truly amazing,” Margaret Amisano said.

Funds for Live Like Liz have been raised through the road races as well as celebrity chef nights at Glenora Wine Cellars — including one that took place March 15 — and private and business donations. Live Like Liz strives to promote ovarian-cancer awareness and education through local seminars about ovarian cancer. In addition, the initiative earmarks several thousand dollars annually to cancer organizations; offers a pair of $1,000 college scholarships per year to area high-schoolers; and provides financial assistance to people affected by cancer.

According to the Centers for Disease Control and Prevention, about 20,000 women in the United States are diagnosed each year with ovarian cancer; that form of the disease is the fifth-leading cause of cancer death among women in the United States. Being alert to the bodily symptoms of this cancer and acting upon them is vital in staving it off, Margaret Amisano emphasized.

“As women, you need to be advocates of your own health — push for that next test, get that second opinion,” she said.

Fraboni, noting that her own mother was diagnosed with ovarian cancer at age 78, has been involved with Live Like Liz since its inception.

“It’s in my family, it’s in my heart. We’re just passionate about it,” said Fraboni, a parishioner at St. Mary of the Lake and close friend of the Amisano family.

Margaret Amisano said that Live Like Liz, through its many good works, strives to carry on the special spirit of her sister. For example, she recalled how selfless Elizabeth remained during her illness, joking about how everyone else was taking her ordeal harder than she was and wanting her sister to join her in praying for other people in need, particularly those who were ill: “It astounds me even now,” Margaret said.

Margaret now resides near San Diego, Calif., but plans to be on hand for the June 2 race along with her mother, Christina; brother, D.J.; and sister, Michelle. Her father, Denis, died of prostate cancer in September 2015. Margaret said she will attend the road race every year possible and remain devoted to the Live Like Liz cause.

“I’ll always go out of my way to be behind this 100 percent. It impacts my life so incredibly much,” she said.

EDITOR’S NOTE: Donations to the Live Like Liz Ovarian Cancer Education Fund may be mailed to PO Box 434, Watkins Glen, NY 14891. For making online donations, as well as obtaining other information about Live Like Liz including registration for the June 2 road race, visit www.live likeliz.org.