We 12 kings: a new look at the Magi - Catholic Courier 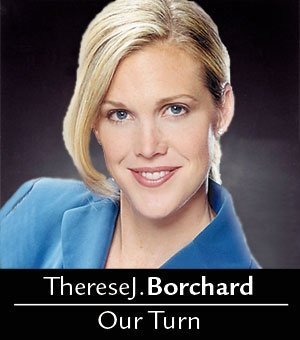 We know well how the story goes. Three men from Persia or Arabia see a bright star rising in the East. They follow the star from Jerusalem to Bethlehem to find the infant Jesus, to whom they bestow the gifts of gold, frankincense and myrrh. Warned in a dream to avoid King Herod, the mysterious three men return to their home by another route.

But there is much more to the story, according to an ancient manuscript called Revelation of the Magi. It was translated into English for the first time by religion scholar Brent Landau, an expert in ancient biblical languages and literature. Landau’s research provides insight into an early Christian tradition and offers fascinating details that enliven the tale of the Magi.

Landau explains that the ancient text, written in Syriac, was left unnoticed for centuries in the Vatican Library. The earliest version of the text was probably written in the second or third century.

According to the text, we learn that the Magi are an ancient order of mystics from Shir, a mythical land on the eastern edge of the world that ancient writers sometimes identified with China. (The name "Magi" is a play on the words "silence" and/or "prayer.")

The manuscript also says there were definitely more than three Magi; it mentions 12 by name.

The tale goes back to the Garden of Eden, because the Magi are actually the descendants of Seth, Adam’s third son. Seth was believed by many early Jews and Christians to be extremely pious and virtuous.

The star had initially hovered over the tree of life in the Garden of Eden before Adam’s sin caused it to disappear. Adam revealed to Seth that the star would one day return, signifying the birth of God in human form. Seth wrote down this prophecy in a book for his descendants, and the Magi anxiously awaited its fulfillment for thousands of years.

Interestingly enough, the star is visible only to the Magi. Brighter than the sun, it descends to earth and transforms into a "star-child," revealed to be Christ himself, who speaks to the Magi, instructing them to follow the star to Bethlehem.

When they arrive, the star beckons them inside a cave in the outskirts of the village, where it transforms into a luminous, talking infant, whose birth is accompanied by unseen angels, who sing his praises.

The Magi then make their journey back to Shir under the guidance of the star. They proclaim the Gospel of Christ to the entire country. After many years, the apostle Thomas comes to Shir and baptizes the Magi, commissioning them to preach throughout the whole world.

So if you want to do a little holiday reading that is both entertaining and inspiring, spend some time with this ancient account of the tale of the Magi.

Borchard is a columnist for Catholic News Service.