We Are Your Friends - Catholic Courier 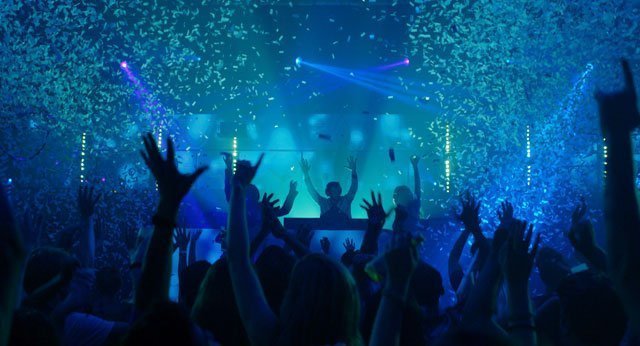 A scene from the romantic drama "We Are Your Friends." The Catholic News Service classification is L -- limited adult audience, films whose problematic content many adults would find troubling. The Motion Picture Association of A merica rating is R -- restricted. Under 17 requires accompanying parent or adult guardian.
By John Mulderig
Catholic News Service
NEW YORK (CNS) — Several scenes in the tepid, noncommittal drama "We Are Your Friends" are set around a drained backyard swimming pool in which only a small puddle of polluted water remains. It’s an appropriate image for the film’s moral context.
Genuine values occasionally surface in director and co-writer Max Joseph’s script, penned with Meaghan Gallagher. Yet for the most part, its characters move through their shallow lives in a party-craving stupor from which even the forceful intrusion of love and death barely awakens them.
The movie doesn’t actively promote wrongdoing, nor do its inhabitants consciously embrace vice. Instead, both are adrift on a sea of ethical assumptions whose tide is driven by the longstanding Hollywood myth that the greatest of human aspirations is to have a good time.
Aiming to secure that state of bliss, both for himself and others, is the picture’s youthful protagonist, aspiring disc jockey Cole (Zac Efron). Cole’s idea of personal success involves producing electronic music so captivating that it will transfix the crowd at a rave.
For the information of those aging disco denizens for whom Donna Summer’s "Last Dance" may have been just that, we pause to explain that a rave is a large-scale shindig featuring powerfully amplified music, visual effects of various kinds and, all too often, a range of easily available narcotics.
Cole’s ambition to become a star at such gatherings gets a boost when he strikes up a friendship with established groove maker James (Wes Bentley). Though James is initially dismissive of Cole’s work, the lad eventually wins him over.
But the rapidly flourishing relationship between mentor and protege is threatened when Cole falls for James’ much-younger live-in girlfriend, Sophie (Emily Ratajkowski).
Along with the chronological imbalance between them, James’ fondness for the bottle and his heedless womanizing open the way for a betrayal. Yet it’s implied that, whatever she may or may not choose to do with her body, for the time being at least, Sophie’s affections remain fixed on James.
The fact that Cole acknowledges as much is, in its own way, weirdly chivalrous. Yet it also demonstrates the degree to which the idea of sex entirely untethered from any form of commitment — much less marriage — is readily accepted by all concerned.
Alongside their love triangle, Joseph and Gallagher set up a hackneyed conflict between Cole’s artistic aspirations and the pressure to settle for a more mundane — but practical — lifestyle.
For Cole and his trio of best friends since childhood — Mason (Jonny Weston), Ollie (Shiloh Fernandez) and Squirrel (Alex Shaffer) — Mammon comes calling in the person of shady real estate operator Paige (Jon Bernthal). Paige offers the naive pals lucrative jobs helping him rescue cash-strapped homeowners.
Though it takes Cole a while to join the audience in recognizing Paige as nothing more than a timely villain, his delayed insight leads on to one of the picture’s more admirable moments. In fact, the wrap-up sees him moving not only in the direction of romantic stability but toward a heartfelt, self-sacrificing concern for others as well.
Party on, dude.
The film contains benignly viewed drug use, cohabitation and premarital relations, brief semi-graphic bedroom scenes, upper female nudity, a couple of profanities and pervasive rough and crude language. The Catholic News Service classification is L — limited adult audience, films whose problematic content many adults would find troubling. The Motion Picture Association of America rating is R — restricted. Under 17 requires accompanying parent or adult guardian.
– – –
Mulderig is on the staff of Catholic News Service
Copyright © 2023 Catholic News Service, Inc. All rights reserved. Linking is encouraged, but republishing or redistributing, including by framing or similar means, without the publisher's prior written permission is prohibited.