What does the church teach about torture? - Catholic Courier 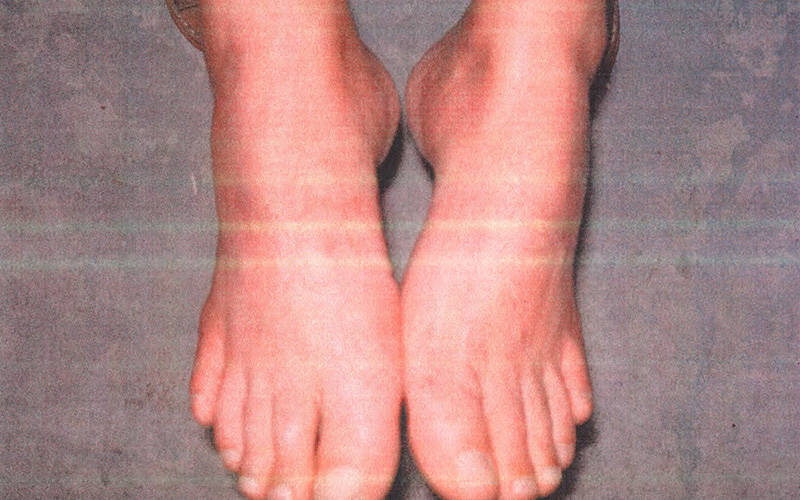 A detainee’s feet are seen in an undated photo from Iraq’s Abu Ghraib prison. The church rejects torture as fundamentally incompatible with human dignity. (CNS photo by Department of Defense, Handout via Reuters)

For the Catholic Church, torture has a human face. In fact, it has many faces, each of which are addressed by the church’s social teaching on torture.

Years ago, I met Sister Dianna Ortiz, an Ursuline sister and U.S. citizen. In the late 1980s she had gone to Guatemala to work among the poor and to teach children. Those were years of oppression and unrest in Guatemala.

Sister Dianna was abducted, raped and tortured by the Guatemalan military. I met her after her return to the United States as a torture survivor and advocate. I was impressed with her gentle, yet strong, presence. The fact that this peaceful woman had endured torture horrified me.

Sister Dianna died earlier this year of cancer. It pains me to think of the terror her torturers inflicted, but upon learning of her death I found myself comforted by recalling the many ways, as a torture survivor, she had championed human rights.

In 2016, I made a solidarity visit to Lebanon. The busy schedule included a visit to a Caritas Lebanon refugee center. This church program housed Iraqi refugees.

An Iraqi man in a wheelchair reported that he had been tortured by coalition forces in Iraq. The torture survivor was suffering from internal bleeding, requiring regular transfusions. His story shamed me into remembering the U.S.-inflicted horrors of Abu Ghraib.

Torture is seen first in the many faces of its survivors and victims. The Catechism of the Catholic Church teaches: “Torture which uses physical or moral violence to extract confessions, punish the guilty, frighten opponents or satisfy hatred is contrary to respect for the person and for human dignity” (No. 2297).

Our first concern must center on people who are targeted for torture. We must advocate for survivors and prevent future atrocities.

Torture has another face, the face of its perpetrators. The church asks the question: What does the practice of torture do to those who employ it? Here we see the faces of rage, domination, cool calculation and detachment, and perhaps at times anguish, confusion and uncertainty.

It is hard to imagine the perpetrators of torture returning to their families and normal life in neighborhoods and communities without some lasting damage.

The Compendium of the Social Doctrine of the Church quotes St. John Paul II and asserts that “the dignity of man is as much debased in his torturer as in the torturer’s victim.”

It goes on to support provisions of international law that absolutely prohibit torture: “International juridical instruments concerning human rights correctly indicate a prohibition against torture as a principle which cannot be contravened under any circumstances” (No. 404).

There is yet another face that is disfigured by torture, the face of any society that condones or tolerates it. In this regard, the church acknowledges its own past complicity.

The catechism notes: “In times past, cruel practices were commonly used by legitimate governments to maintain law and order, often without protest from the pastors of the church.”

The catechism goes on to admit that church leaders even used the provisions of “Roman law concerning torture” in “their own tribunals” (No. 2298). This startling and honest admission of past grievous wrongs gives the church particular credibility in addressing societies today.

In too many countries, there have been “reigns of terror” that employed torture. Sadly, the torture employed during the Guatemalan Civil War and Iraq War are but two more recent examples of longstanding practices that prompted adoption of the international Convention Against Torture and Other Cruel, Inhuman or Degrading Treatment or Punishment.

Today we should note that Myanmar is among the nations that has taken no action to adopt the convention. Human rights organizations have documented the use of torture against the Rohingya in Myanmar. The bloody suppression of democracy in Myanmar is further evidence of how tolerance of torture and other violations of human rights fray the entire social fabric.

Sadly, even signing the convention does not guarantee adherence to its high standards. Just as the church humbly confessed its past tolerance of torture, our nation needs to learn from its experiences of Abu Ghraib, Guantanamo Bay and U.S. support for some oppressive regimes.

We need to follow the example of men like Col. Morris “Moe” Davis. He resigned as chief prosecutor at Guantanamo Bay over the issue of waterboarding. The tolerance of torture is a slippery slope we dare not slide down.

We need to remember and honor the faces of the survivors of torture and must also recall the faces of its perpetrators and of societies that employ or tolerate torture.

As the Second Vatican Council teaches in “Gaudium et Spes,” torture is among the practices that “poison human society” and “do more harm to those who practice them than those who suffer from the injury.”

Colecchi retired as director of the Office of International Justice and Peace of the U.S. Conference of Catholic Bishops in 2018. He currently serves as an independent consultant on Catholic social teaching and international issues of concern to the church.