What to Expect When You're Expecting - Catholic Courier 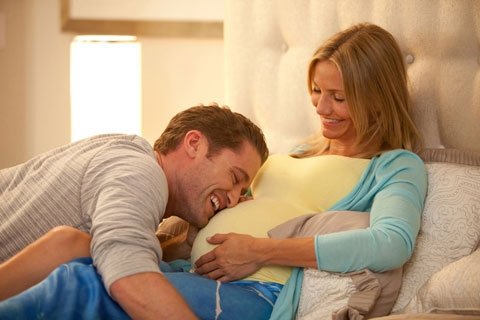 NEW YORK (CNS) — "What to Expect When You’re Expecting" (Lionsgate) is a fruitless reproductive comedy that awkwardly juggles the stories of five expectant couples as they prepare for four deliveries and an Ethiopian adoption.

A characteristic moment: After a long spell of living together, one of the duos — to say which would be a spoiler — uses the arrival of their baby as the moment to become engaged. Well, better late than never, one supposes.

Besides the implicit message that there’s nothing wrong with shacking up, Shauna Cross and Heather Hach’s script reinforces the modern trope of pregnancy as a disease to be dreaded. It also plays on the Hollywood stereotype of responsibility-averse males who tremble at the prospect of fatherhood — or of any other commitment, for that matter.

Made in that man-boy mold is bohemian musician and prospective adoptive dad Alex (Rodrigo Santoro). At the behest of his photographer wife, Holly (Jennifer Lopez), Alex seeks to allay his fears of growing up by joining the so-called "Dudes Group," a circle of fathers who meet at a local park to give their babies and toddlers a stroll.

But this herd of henpecked beta males — led by comedian Chris Rock — only inflame Alex’s anxieties all the more by dwelling on the horrors of domestic life.

Their complaints grate more than they amuse. So, too, do the personalities of some of the other characters, especially that of personal trainer and TV celebrity Jules (Cameron Diaz). Coarse, pushy and selfish, Jules bellows her way through bringing new life into the world after becoming accidentally pregnant by her boyfriend, professional dancer Evan (Matthew Morrison).

Despite having written a book in praise of breastfeeding, which an early scene shows her reading to a roomful of alarmed schoolchildren, lactation expert Wendy (Elizabeth Banks) finds herself equally miserable when she exchanges her romanticized notions about becoming great with child for the thing itself. We’re treated to an extended discussion, and display, of all her varied woes.

Bored by the lowbrow proceedings on screen, the viewer’s mind is apt to wander from images of Butterfly McQueen’s Prissy in "Gone With the Wind" — she of the immortal "I don’t know nothin’ ’bout birthin’ babies!" — to wondering how soon we can get away from the subject of Wendy’s swollen ankles.

The film contains errant values, including a benign view of cohabitation, out-of-wedlock pregnancy and in vitro fertilization, pervasive sexual and biological humor, some scatological humor, an implied aberrant sex act, brief rear and partial nudity, a couple of instances of profanity, at least one use of the F-word and much crude and crass language. The Catholic News Service classification is L — limited adult audience, films whose problematic content many adults would find troubling. The Motion Picture Association of America rating is PG-13 — parents strongly cautioned. Some material may be inappropriate for children under 13.