What we learn at our parents' side - Catholic Courier 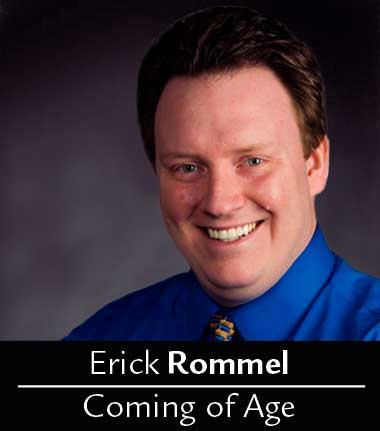 My father was a scientist, a microbiologist to be specific.

To be even more specific, he enjoyed working with animals. He spent most of his time making sure farm animals were healthy, not only for their safety, but also for the safety of others.

The animal that amazed him the most, however, didn’t have hooves. It had claws. My father was fascinated with lobsters.

I remember spending weekends with him at work as a child. I wasn’t a teen yet. We’d buy several lobsters and take them to his lab. We would weigh them, take their blood and analyze it, and then document what we learned.

When I say we, I mean he. I didn’t have much interest in the experiments. Maybe I was too young. Maybe science wasn’t my thing. It doesn’t matter. What’s important is that it’s something we did together.

I’m sure that’s one reason he included me in his work. It wasn’t because I brought any technical expertise or experience to the project. There may have been other reasons as well.

A new study in the online journal PLOS ONE explores the idea that some parents try to live out their dreams through their children. Researchers found that parents who see their children as extensions of themselves are more likely to want their children to reach the goals and dreams they were unable to achieve.

The study didn’t explore whether parents put these desires into practice, but we all know some who do.

We all have friends whose parents pressure them to excel at sports or dance or school. Sometimes it’s because the parent wants to teach the thrill that comes from accomplishment, but, on occasion, they push too hard because they want the child to achieve the success they never had.

I’ve seen parents learn the error of their ways. I had a friend who loved baseball but walked away from the sport because he had a parent who pushed too hard. He loved the game, but not enough to overcome the pressure he felt. I also have friends who never did as well as they could in school for the same reason.

My father wasn’t one of those parents. He would try to engage me in his activities, but when I didn’t share his excitement, he let me do my own thing. I’d still go with him to the lab, but while he was conducting tests on lobsters, I was using his computer.

Thanks to him, I discovered I could make a computer complete any task I gave it, all while he discovered more about his aquatic lab animals. We both learned that sometimes it’s more important to know how something works rather than why it works.

At the end of each day, we’d go home happy but not fully satisfied. How could we be when every discovery led to even more questions?

Fortunately, there was one question to which we always had an answer: What’s for dinner?

Those lobsters were delicious.

Rommel is a columnist for Catholic New Service.