What would a world without order and rules look like? - Catholic Courier 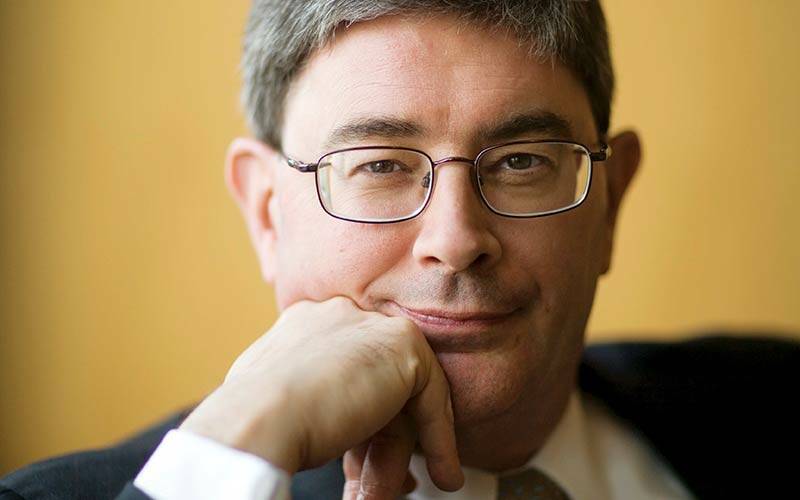 That being said, there is something aggravating and irresponsible about rhetorical grenades being lobbed from the playpen subdivision of the “New Right” at the “idealistic fantasies” of a “rules-based” international order — to which no credible alternatives are proposed.

Want to know what a world without order, a world in which even tacit rules are flouted with seeming impunity, looks like?

It’s a world in which a megalomaniacal dictator, masquerading as a legitimate president and a defender of Christian civilization, murders his domestic opponents; crushes all public efforts to manifest dissent; fouls the communications space with lie after lie; invades a peaceful neighboring country and attempts to annex large swaths of its territory; authorizes the deliberate targeting of innocent civilians and willfully destroys kindergartens, maternity homes and churches; denies the war crimes (including torture and mass executions) committed by his rabble of an army; practices energy blackmail; threatens the use of nuclear weapons; turns the traditional religious leadership of his country into blasphemous lapdogs; and disrupts the entire global economy, putting the weakest and poorest at risk of famine.

It’s a world in which another ruthless dictator, who imagines himself to carry the mandate, if not of heaven then at least of “history,” upends the world for well over a year through a pandemic he could not control (and may have created); tries to buy his way into world dominance by bribing Third World politicians while colonizing their countries through debt-inducing infrastructure projects that will allow him to project power globally; makes aggressive military moves against his immediate neighbors; practices ethnic and cultural genocide through “re-education” camps; destroys the freedom of a once-thriving city-state; demands that even approved religious groups kowtow to his “thought”; and imprisons brave men and women who speak truth to power about the freedom that so clearly frightens him.

It’s a world in which yet another manic dictator, this one with a nasty haircut, develops nuclear weapons and brazenly fires ballistic missiles over a neighbor, all the while running his country as a vast concentration camp in which starvation is an instrument of state policy.

It’s a world in which apocalyptic theocrats use the state apparatus to enforce their concept of the “highest good” by murder, torture and police brutality, while further destabilizing the volatile region they inhabit.

It’s a world in which non-state actors, like terrorist organizations, wreak havoc on others from their bases in failed states.

It’s a world in which an arrested adolescent, now in his mid-70s, destroys the civil society and economy of a small, impoverished nation; puts his would-be political opponents under house arrest for months; builds torture prisons for priests; expels the Missionaries of Charity from the country; defames the church through his regime-dominated media; and arrests a Catholic bishop on completely spurious charges.

That’s what a world without even tacit rules, and leaders willing to enforce them, looks like. Anyone who imagines that this kind of world would not eventually do grave damage to the United States is lost in an ideological fog and blind to reality. What happens to Ukraine; what happens to the Baltic states and Poland if Russian aggression is not defeated in Ukraine; what happens to Cardinal Joseph Zen and Jimmy Lai in Hong Kong; what happens to Taiwan and to the Uyghurs of Xinjiang province; what happens if the mullahs get the bomb or Al Qaeda reconstitutes itself; what happens in the failing states of Central America — all this is having an impact on us now, and surely will in the future.

It is true that America cannot be the policeman who reckons with every criminal regime on the planet. But someone must organize the posse when the lawless ones threaten the tacit rules that underwrite the minimum of order necessary to prevent the world from becoming a circular firing squad: a Hobbesian jungle in which all are set against all. Failing to grasp this elementary point suggests not only historical ignorance and strategic myopia. It also bespeaks a lack of understanding of the principle of solidarity, one of the four pillars of Catholic social doctrine.