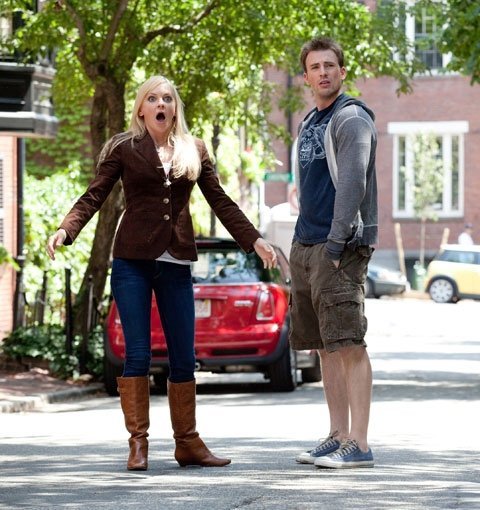 NEW YORK (CNS) — Though it possesses all the accoutrements of the genre observed to the limit of luxe, "What’s Your Number?" (Fox) nonetheless comes across as romantic comedy’s slatternly, potty-mouthed cousin.

Working from Karyn Bosnak’s novel "20 Times a Lady," director Mark Mylod and screenwriters Gabrielle Allan and Jennifer Crittenden attempt to mine laughs from sexual promiscuity and a central character who is far too coarse and self-centered to win sympathy.

While evaluating the personal and professional wreck that is her life, Ally learns from a magazine article that the average contemporary woman has 10.5 sexual partners before marriage, and that those with 20 or more are doomed to embittered singlehood.

Ally proceeds to tote up her own bedroom tally, and is horrified — for all the wrong reasons — to discover that she’s up to 19. Worse yet, a drunken encounter with her former boss, Roger (Joel McHale), soon rounds her total off at the dreaded 20.

What’s a trollop to do? Enlist the help of her equally promiscuous neighbor Colin (Chris Evans) to track down the earlier 19 so she can see whether any of them now qualify as marriage material.

Colin’s father was a police detective, which — according to the script at least — gives Colin himself keen tracing skills, and the ultimate prize on the list of bumblers and losers (not to mention the inevitable gay guy) turns out to be super-rich Jake (Dave Annable).

While it’s obvious from the start that Colin is Ally’s perfect mate, she nonetheless slogs blindly ahead on her quest to select Mr. Right out of the motley collection of Messrs. Right Now with whom she’s been up close and personal. The results are decidedly mixed and wholly predictable, as each re-encounter goes horribly wrong.

Too bad none of these fellows has the courage to tell her that they may have rejected her for being both sexually lax and obnoxiously vulgar.