When do 'devotions' go too far? - Catholic Courier 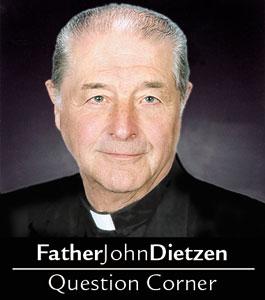 Q. I am a former Protestant, now Catholic for 10 years. I’ve come to realize there are fundamentalists and zealots in every denomination. Somehow, this seems connected to a rejection of grace, when these groups apparently thrive on the feeling they have it right and one can "earn" a special position with God only by adopting their ideas, which typically involve a bunch of legalistic requirements.

Recently, in the Easter season, I saw a film and was honestly mortified. It described the graces one receives on Mercy Sunday (Sunday after Easter) as essentially an eighth sacrament, how people must say certain prayers exactly in a specific format to receive the graces of God’s mercy.

When do promoters of these "devotions" go too far and become just another extreme group? (New York)

A. Unfortunately, it is not uncommon for Catholics (or people of other faiths for that matter) to become so enamored with a particular expression of faith that they want to freeze it and make it, as you say, an eighth sacrament, nearly necessary for salvation for everyone else. That’s understandable perhaps, given human nature, but spiritually unhealthy at the very least.

Some structured forms of prayer have become accepted by long tradition in the church. Even these, however, need to be understood correctly or they might become seen as a sort of magic.

Novenas are a good illustration. Nine consecutive days of prayer as a sign of faith and expression of persevering trust in God’s love can be an excellent way of laying our petitions, praise and thanksgiving before the Lord.

We do not, however, attribute anything miraculous or automatic in the number nine. When we become wrapped up in pious specifics, they become hard to distinguish from plain superstition.

According to one popular devotion, for example, we are told that "families who keep a holy hour of reconciliation on Thursdays and Fridays will receive a special grace through which (Mary) will free a member of their family from purgatory within eight days, if one of them keeps one day of fasting on bread and water."

Those who fast thus on Mondays will free a priest from purgatory. Those "who say one Hail Mary during November will free 10 souls from the place of suffering." (Another common element in most of these unusual devotions is their eccentric fascination with purgatory.)

Nothing in Catholic tradition or teaching gives basis or credence to this brand of spirituality.

At what point does this expression of "religion" cease to be spiritually authentic and healthy? St. Thomas Aquinas says it is when one carries religion too far, giving more importance to external details of religious observance than to what is going on in the heart (Summa Theologiae II-II, 93, 2).

In other words, it happens when we no longer understand our relationship with God as an interpersonal one of trust, love and caring, and begin to treat God as some "thing," a guaranteed source of magic if only he is invoked and manipulated with proper invocations and rituals.

What you experienced is one more indication that we Catholics need to examine carefully and intelligently whatever affects our faith, no matter how spiritual and devout the source appears to be.