When is it OK to utter Jesus' name? - Catholic Courier 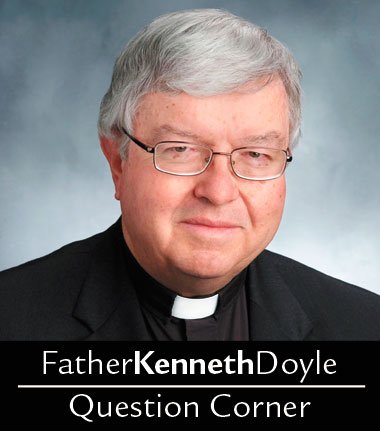 Q. When is it appropriate to call out verbally the word "Jesus"? If his name is not being used in a disrespectful way but to implore his help, certainly this would not be considered swearing, right? Some people seem to have a fear of uttering his name, lest they appear to be swearing. (Timberville, Virginia)

A. What you intend when you say something may not be what hearers understand. Although you mean to implore Christ’s help by calling out spontaneously the word "Jesus," someone listening might well think instead that you are expressing surprise or dismay — which would contribute to the growing disrespect for the Lord’s name.

Why not instead say, "Help me, Jesus" and remove any doubt? Reverence for the divine name, in addition to being mandated by the Second Commandment, has a rich scriptural basis. It was the first point made by Jesus when he taught us how to pray. ("Hallowed be your name," Mt 6:9.)

And in his Letter to the Philippians (2:10), Paul says that "at the name of Jesus every knee should bend, of those in heaven and on earth and under the earth."

Some of the saints, in fact, whenever they heard the name of Jesus being used with disrespect, would bow their heads — as a silent reminder of the reverence they felt was due.

Given the fact that the holy name is so often and so casually abused in today’s world, perhaps all of us have a duty to ask the Lord’s forgiveness and seek to make reparation. We need to stand in awe of God’s mystery and majesty, realizing that even the opportunity to approach him in prayer is a gift of his mercy.

Q. A couple of weeks ago, a clean but scruffy fellow came into Mass and sat on the floor in the back of our church. When it came time for the sign of peace, he came forward to shake hands and people were a little put off. Then, when Communion came, he approached the altar before anyone else had left their pews.

A church usher quickly got behind him, gave him a "look" and then followed him to the back of the church. I thought this was un-Christian and felt sorry about the treatment he received. What if it were Jesus? (Wisconsin)

A. Within any group setting, there is a natural awkwardness when someone’s appearance or behavior departs from the ordinary. As you rightly indicate, though, the Christian community is not about appearances. The man should not have been judged for his "scruffiness," and when he came up for the sign of peace, he should have been greeted warmly and with acceptance.

But the fact that he sat on the floor and that he approached the altar prematurely did create a natural concern. Perhaps the usher feared that the man posed a threat to the priest-celebrant — although the "look" was clearly out of place.

The response of the worshipping community was, I hope, generally one of sympathy for the man with a desire to offer him assistance should he need it. I hope, too, that the usher, having followed the man to the back of church, engaged him in conversation to help determine his needs and to assure him that he was welcome.