'When the Past Was Around' is a puzzle game about love, loss and letting go - Catholic Courier 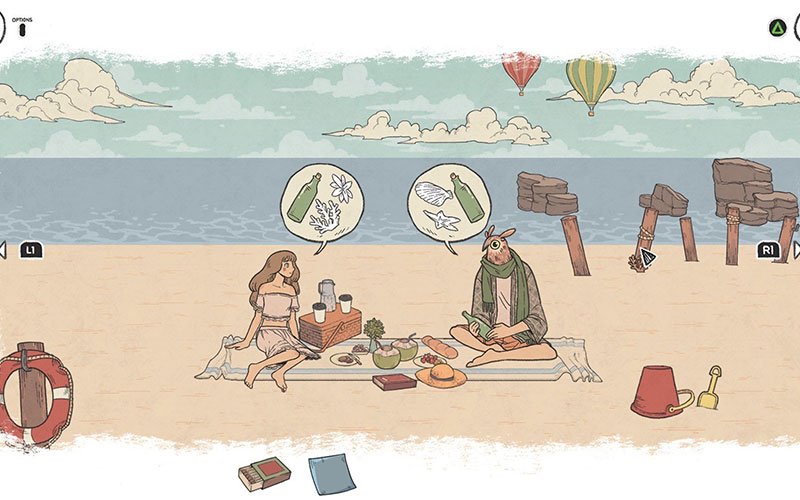 This is a scene from the video game "When The Past Was Around." The Catholic News Service classification is A-I -- general patronage. The game is not rated by the Entertainment Software Rating Board. (CNS photo by Chorus Worldwide)

NEW YORK (CNS) — Sometimes simple games have the greatest stories to tell, as evidenced by “When the Past Was Around” (Chorus Worldwide), a point-and-click puzzle game about love, loss and letting go.

While the tone of this short tale, which takes only two hours to complete, is too somber for young children, the content is suitable for all.

A young woman in her 20s stands in a cemetery, dressed in black, and hears music on the wind. Eda, having just lost her beloved, begins to revisit memories of their relationship, which began with a chance meeting and came to a bittersweet end.

Early on in these flashbacks, Eda is seen struggling to master the violin. Frustrated at her failure to hit the right notes, she ultimately throws the instrument to the floor, destroying it.

Eda’s life changes drastically when she meets a fellow violinist aptly called The Owl since he’s an amalgam of a human body and an owl’s head. His talent and passion literally send her floating across the screen. As their romance blossoms, Eda rediscovers her fondness for music and begins to accept herself.

As Eda walks through a series of rooms or locations from her past, problem-solving is required for her to progress. Most of these challenges are easy but some require careful attention to hidden clues. While many such puzzles in other games can leave players wanting to do with their controller what Eda did with her fiddle, those included here are rather calming.

Indonesian artist Brigitta Rena’s stunningly detailed 2-D artwork is simultaneously quaint and foreboding, hinting at the depths of the narrative. Without a single line of dialogue, “When the Past Was Around” serenely but effectively portrays the joys and sorrows inherent in human relationships. It also makes for a gentle diversion amid troubling times.