Whitney Houston: I Wanna Dance with Somebody - Catholic Courier 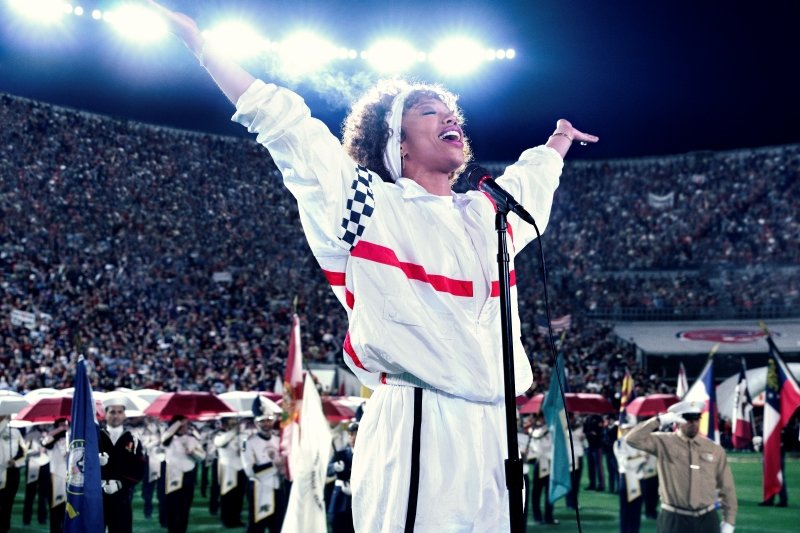 Naomi Ackie stars in a scene in "I Wanna Dance with Somebody." (OSV News photo/Emily Aragones, courtesy Tristar pictures)

NEW YORK (OSV News) — How will you know if you’ll really love “Whitney Houston: I Wanna Dance with Somebody” (Sony)? It largely depends both on your fervor for the music of the titular vocalist, played by Naomi Ackie, and on your capacity to grapple with gritty subject matter.

Director Kasi Lemmons’ profile charts Houston’s meteoric rise as well as the gradual descent into dependence that culminated in her untimely 2012 death at age 48. Along both lines of her trajectory, screenwriter Anthony McCarten’s script suggests, she was subject to competing influences.

Her hard-driving mother Cissy (Tamara Tunie), a well-known performer for whom Whitney starts off as a backup singer, proves consistently demanding but also supportive — at a crucial moment, selflessly so. Her philandering father John (Clarke Peters) is happy to manage his daughter’s suddenly flourishing brand, but always with an eye to the possible windfall.

As for romance, Houston transforms her youthful sexual relationship with her confidante Robyn Crawford (Nafessa Williams) into an enduring friendship. Moviegoers of faith will be particularly struck by the fact that she does so, in part at least, out of religious conviction.

Having embraced heterosexuality, Houston dallies with Jermaine Jackson before falling for R&B star Bobby Brown (Ashton Sanders). Their eventual marriage turns out to be not only predictably stormy but narcotics-ridden as well.

The rough-hewn material inherent in Houston’s life story is handled discreetly — and not, as indicated above, without acknowledging the teaching of Scripture on a subject about which Hollywood usually seems resolutely, monolithically all-in. Yet the inclusion of such topics still necessarily restricts the appeal of the production.

Even considered from a strictly artistic point of view, moreover, the picture can be characterized as merely competent — Ackie’s game energy and enthusiasm notwithstanding. So the bottom line may be that Houston’s most devoted fans will likely emerge from “I Wanna Dance with Somebody” satisfied, but few others will.

The film contains mature themes, including homosexuality, addiction and semi-violent domestic discord, drug use, about a half-dozen instances each of profane and crass language, several milder oaths, at least one rough term, frequent crude talk and an obscene gesture. The OSV News classification is L — limited adult audience, films whose problematic content many adults would find troubling. The Motion Picture Association rating is R — restricted. Under 17 requires accompanying parent or adult guardian.