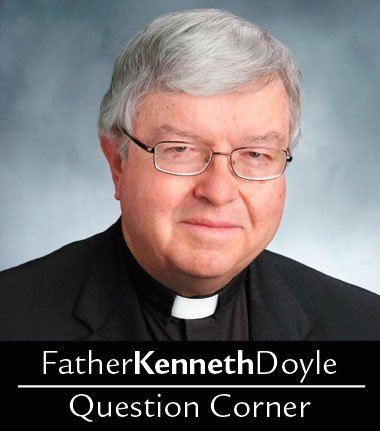 Q. I have always wondered about the Catholic practice of prohibiting non-Catholics from receiving holy Communion. If we believe that the Eucharist is Jesus, why wouldn’t we want to bring the Lord to everyone? With Christ present in non-Catholics through the Eucharist, wouldn’t that help their faith and, perhaps, lead eventually to their conversion? (Simpsonville, S.C.)

A. Your sincere and faith-filled question is an appealing argument for intercommunion. It would carry the day if the Eucharist were intended only to foster Christian unity. The theology of the Catholic Church, though, has always seen the Eucharist as being not only a source of unity but also a sign of unity that already exists. So, ordinarily, non-Catholic Christians are not invited to receive holy Communion when attending a Catholic Mass.

The question of intercommunion is a delicate one because the policy of the church is sometimes seen as a claim of religious or moral superiority for Catholics over other Christians. It is by no means meant as such, and each of us knows many non-Catholics who are far more Christ-like than some nominal Catholics.

But today’s intercommunion simply says that all those receiving the Eucharist are already of one mind and one heart in their allegiance to the doctrines and practices of the Catholic faith — while the reality is that there is still a lot of hard work to do before Christ’s Last Supper plea for unity is realized.

There are, though, some exceptional circumstances under which other Christians may be permitted to receive holy Communion at a Catholic Mass.

For example, the Canon 844.4 of the Code of Canon Law says it can happen with the permission of the diocesan bishop, when a non-Catholic Christian in a case of grave necessity and no opportunity to approach a minister of his or her own community, asks to receive, is properly disposed and manifests the same belief about the Eucharist as Catholics do.

Non-Catholics can also receive holy Communion with the approval of church authority, such as when members of Orthodox churches present themselves for Communion and are properly disposed.

"These churches, although separated from us," says the Catechism of the Catholic Church, No. 1399, "yet possess true sacraments, above all — by apostolic succession — the priesthood and the Eucharist, whereby they are still joined to us in closest intimacy."

Guidelines published by the U.S. Conference of Catholic Bishops extend this same permission to members of the Polish National Catholic Church.

Q. What should the elderly do, when they are beginning to lose their hearing, about the sacrament of [reconciliation]? I can’t always hear the priest from behind the screen, and sometimes I’m not sure what my penance is. Should I simply go face to face? (Sabin, Minn.)

A. There are some parishes — a minority, to be sure — that have an assistive device for the hearing-impaired in the confessional. Another option, as you mention, is to walk around the screen and sit face to face with the confessor.

If you can read lips or if you and the priest are trained in sign language, you will understand each other well. But that, of course, removes the option of anonymity, a choice that must be respected.

There are other possibilities. A hearing-challenged penitent is allowed, for example, to write sins or questions on paper, pass the paper around the screen to the priest, and the priest can hand back a note with his advice and a penance. (All of the written material, of course, should be returned to the penitent or properly disposed of.)

Canon 990 of the church’s Code of Canon Law would even allow for a sign-language interpreter. The interpreter could stay behind the screen and sign to the penitent the words of the priest. The code specifies that the interpreter is strictly bound to secrecy by the inviolable seal of confession.

Questions for Father Doyle may be sent to askfatherdoyle@gmail.com or 40 Hopewell St., Albany, NY 12208.