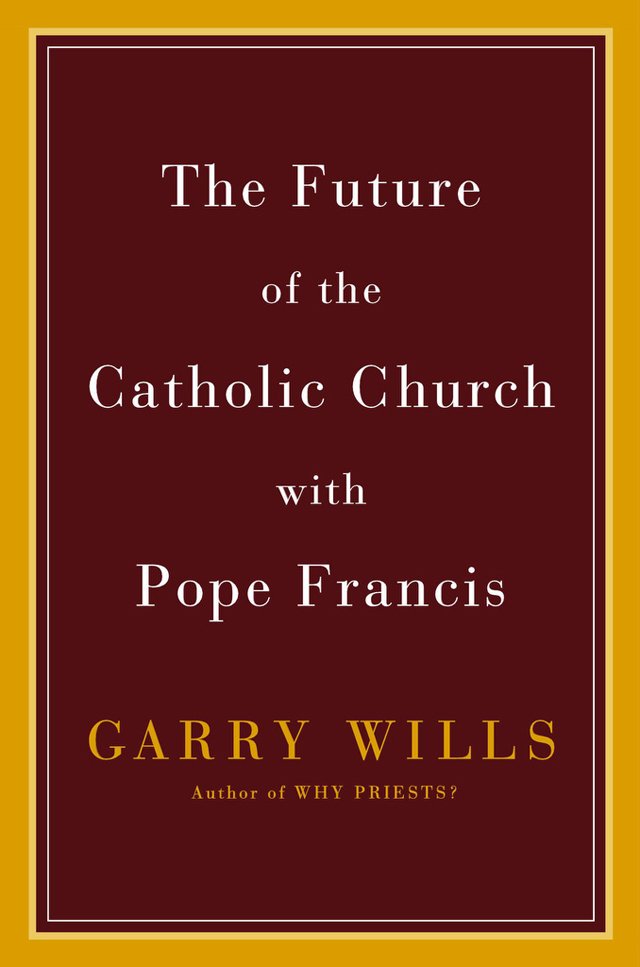 This is the cover of "The Future of the Catholic Church With Pope Francis" by Garry Wills. The book is reviewed by Kathleen Finley.
In the flurry of books published since the beginning of the papacy of Pope Francis, many have attempted to size up where the church may be headed under his leadership.
Unfortunately, Garry Wills’ "The Future of the Catholic Church With Pope Francis" doesn’t really do that. What it does do is to give a rather detailed account as to where the church has been in a number of areas, including the use of Latin, the relationship to governments, attitudes toward Judaism, sexuality with natural law and the sacrament of confession.
In each of these areas, Wills gives the reader a detailed look at how we got to where we are now, at times in language too detailed and technical, which can leave the general reader puzzled. Wills knows a lot of interesting tidbits about various historical eras and issues, but that doesn’t always lead to an adequate view of the overall issue that the church has faced — or is facing now. He can tell some fascinating stories, for example, about connections between the influential Jesuit Father John Courtney Murray, and, of all people, John F. Kennedy.
Not only is his view a detailed one but at times it doesn’t seem to be particularly balanced, instead clearly coming just from his liberal, critical standpoint. One example is when he discusses issues of sexuality and why the abuse of children was allowed to occur:
"The answer lies in the men who had to face this challenge of accountability — the bishops," Wills writes. "How could men trained in submission as apparatchiks of Rome muster the wisdom, empathy and resolution to face such an issue? Every instinct of their situation told them to stay ignorant, or feign ignorance, or evade or hide — anything but face or prevent or do penance for the multiplying scandals. They had to do this, by their lights, ‘for the good of the church.’ Acting otherwise would have required courage, and openness, and humility, from which they had been systematically disabled."
In the section on sexuality, he also makes an unfortunate and somewhat common mistake, confusing natural family planning with the rhythm method, which is different.
Pope Francis is almost never mentioned until the epilogue in the final several pages, and even then the comments about him are rather general.
So, if a reader is looking for some juicy bits about various areas of church history, this book would be helpful; if, instead, one is looking for a long-range view on where we may be headed with Pope Francis, there are other books that would be more helpful.
– – –
Finley is the author of several books on practical spirituality, including "The Liturgy of Motherhood: Moments of Grace," and has taught in the religious studies department at Gonzaga University in Spokane, Washington, for many years.
Copyright © 2023 Rochester Catholic Press Association, Inc. All rights reserved. Linking is encouraged, but republishing or redistributing, including by framing or similar means, without the publisher's prior written permission is prohibited.