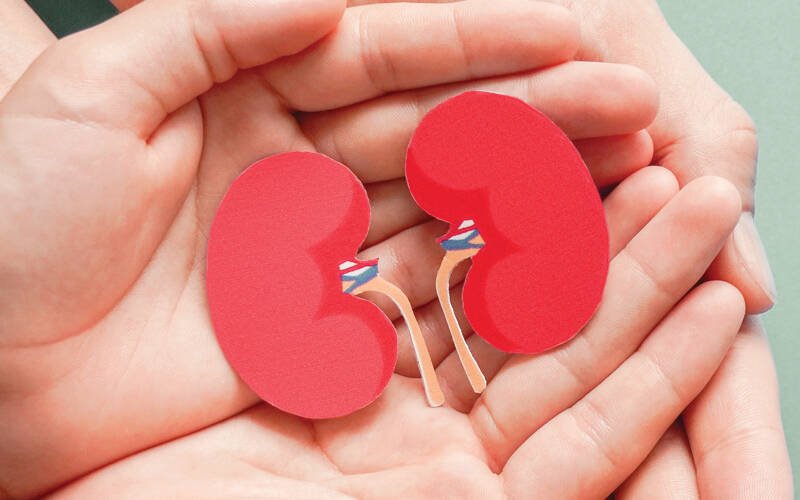 “Maybe I could try.”

Those words ran through Sue Klinger’s mind before Mass one day last July, paving the way for a decision that changed both her life and that of a fellow Catholic in southern Cayuga County.

On Dec. 1 of last year, Klinger donated one of her kidneys to Tom Collins, the longtime organist at St. Patrick Church in Moravia. Klinger had attended Mass at the church — one of Good Shepherd Catholic Community’s four worship sites — for years, but had never actually met Collins. That may explain why many people, including Klinger herself, were somewhat surprised by her decision to donate an organ to someone she barely knew.

“I never thought I would have done anything like this in my lifetime,” Klinger remarked.

Collins, meanwhile, said it’s sometimes hard for him to come to terms with how much his life has changed within the last few months, thanks to Klinger’s gift.

“When I look back on it, it’s almost too much for me to take in. There were times that I thought this is not going to happen,” he recalled.

A former flight instructor for commercial pilots, Collins was diagnosed with diabetes more than 20 years ago, and the disease eventually took a toll on his kidneys. He was diagnosed with end-stage renal disease in 2018 and began in-home dialysis in June of that year.

Collins had already begun working with the transplant program at SUNY Upstate Medical University Hospital in Syracuse to take the steps necessary to be put on the list of people waiting for kidney donations. He also began actively seeking prospective donors, and he left no stone unturned. None of his six siblings were able to donate kidneys due to their own health challenges, so Collins had a T-shirt printed that said, “I need a kidney” and listed his phone number.

“I wore that around the mall, but I never got a call,” he remarked.

Collins visited local Rotary Club chapters to share his story and see if anyone might be interested in becoming a donor. He struck up conversations about organ donation with strangers in the check-out lines at Wegmans and handed them business cards he’d had printed up with his contact information. And in early 2021, he met with the representative who sold advertising space on the back of Good Shepherd Catholic Community’s weekly bulletin.

“I just bought an ad, and the ad guy and I wrote it together,” Collins said.

The ad, which ran in the bulletin for four months, contained Collins’ contact information and explained that he needed a kidney and knew his donor was out there somewhere. Months passed without contact from any prospective donors. Then one Sunday in late July, Collins’ phone rang shortly after he returned home from Mass. Klinger was on the other end of the line.

Klinger typically arrives at church a few minutes early to read the bulletin before Mass begins. She’d noticed Collins’ advertisement several months earlier but didn’t think much of it. She didn’t know anyone who’d ever donated a kidney, and the thought of doing it herself had never crossed her mind, until she flipped the bulletin over and saw Collins’ ad again.

“His ad was still there. It just came over me that no one seems to be stepping up to help this man. Maybe I could try. The thought was very strong. I couldn’t get that thought out of my mind for the entire Mass,” Klinger said.

Klinger called Collins after Mass, introduced herself, and told him she’d read his ad and was going to give him a kidney. She and Collins agreed to meet after Mass the next week, and the process moved quickly from there. Klinger went through an extensive battery of medical tests, blood tests and a stress test, and in late November, she was approved to donate a kidney to Collins.

The surgery was scheduled for Dec. 1. Collins asked Good Shepherd’s pastor, Father William Moorby, to bless the pair after the last Mass before their surgeries, and many parishioners came to the front of the church to stand nearby during the blessing, Klinger said.

“I know we each felt a lot of support,” she said.

Although some of Klinger’s well-meaning friends and family members initially questioned her decision — prompted by concern for her health — Klinger said she wasn’t nervous during any of the process, including the preparation for surgery.

“I told myself if it’s meant to happen it will happen, and I will be guided through this whole process, and we were,” she said.

The surgery itself went well, and Klinger said the recovery process was easier than the ones she’s experienced after joint-replacement surgeries. Collins’ recovery also went smoothly, and he recently told Klinger he now considers her a sister.