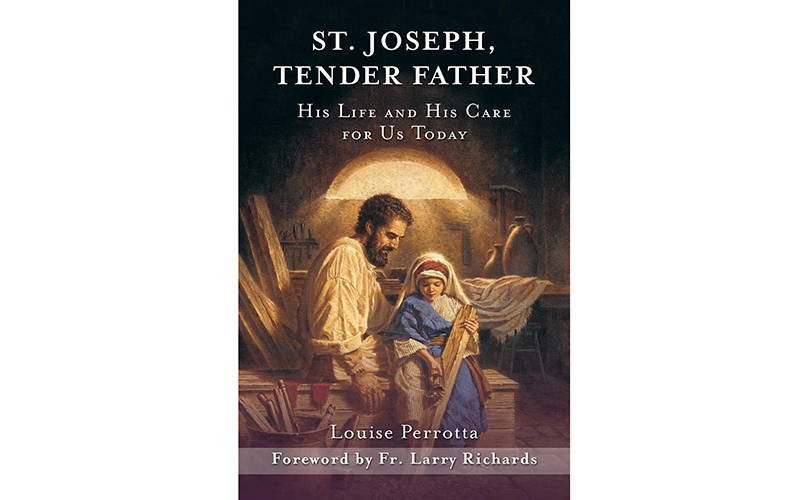 WASHINGTON (CNS) — With Pope Francis having declared this the Year of St. Joseph through Dec. 8, fresh interest has been generated in the foster father of Jesus.

Louise Perrotta is putting the finishing touches on a new book on the saint that she says her publisher, The Word Among Us Press, hopes to make available by May 1, the feast of St. Joseph the Worker.

Perrotta, who can remember adding “JMJ” for “Jesus, Mary, Joseph” after her own name on schoolwork in grade and high school, said “St. Joseph, Tender Father: His Life and His Care for Us” will be full of enlightening details about the man some refer to as “the silent saint” as he is not quoted in any of the Gospels.

One of 11 children, Perrotta grew up in a French-Canadian family in Maine.

“French-Canadians have a real devotion to St. Joseph,” she told Catholic News Service in a March 11 phone interview from her home in Ann Arbor, Michigan. “All of my brothers have Joseph as their middle name.”

“St. Joseph, Tender Father” includes the tale of St. Andre Bessette, the Canadian Holy Cross brother who wanted to build a memorial to St. Joseph. He succeeded grandly with the Oratory of St. Joseph in Montreal, which Perrotta has visited.

“The devotion to Joseph really took off with Teresa of Avila. Until then, Joseph was downplayed in the church, I think,” Perrotta said, noting that “in the early days of the church,” there were heresies denying Christ’s divinity and the virgin birth. “It wasn’t seen as wise by the early church fathers to talk about Jesus’ earthly father so much.”

St. Joseph, she added, was “portrayed in art as old, bald and much older than Mary” prior to St. Teresa of Avila.

“Teresa really had a really loving relationship with St. Joseph. She saw herself as part of the holy family,” Perrotta said. “Teresa’s mother died when she was 11. In her 20s, she had a debilitating illness and she experienced healing through the intercession of St. Joseph. She took Mary as her mother and Joseph as her father when she was healed.”

Perrotta, despite her upbringing, said she let her own devotion fade until her husband did some digging in the yard and uncovered a small plastic St. Joseph statue no more than 4 inches tall — probably buried by the previous owners who likely did so to sell the house — one of today’s urban legends. But after reflection, Perrotta saw the similarities in her life and that of St. Joseph.

She had married a widower with six children. St. Joseph, guided by the visitation of angels in dreams — nobody in biblical literature appears to have had more than him — accepted the pregnant Mary, with the Christ Child conceived by the Holy Spirit in her womb — as his wife, fled to Egypt under cover of darkness with Mary and the infant, and chose an unfamiliar Nazareth as the place to raise the family, watching the mystery of a Redeemer in his household slowly unfold until his dying days.

“There’s no script for stepmoms. I really wanted to play my part in the family,” Perrotta told CNS. “I love the kids and I love my husband, but very often I felt overwhelmed and not knowing what to do. One day when I was looking at that St. Joseph statue, it dawned on me that he must have felt the same way.”

Perrotta lists a who’s who of Catholics with a devotion to St. Joseph.

“(St.) John XXIII had a tremendous devotion to St. Joseph and also talks about it in his journal. I think (St.) John Paul II also had a devotion to St. Joseph. (Pope) Benedict (XVI) pointed out his middle name was Joseph and talks about Joseph’s fatherhood and his interior life in various homilies and audiences. And certainly Pope Francis seems to have a great love for Joseph.”

And what might Perrotta herself be doing March 19, St. Joseph’s feast day?

“I don’t know,” she answered. “I’ll probably go to church. We’re still sheltering in place. I might bake something. There are traditional St. Joseph foods, but mostly my husband and I will turn to St. Joseph and thank him for just being with us.”