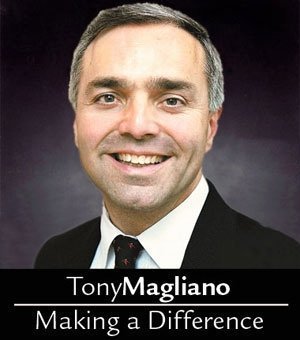 One of the most important events in the modern history of the Catholic Church will soon reach a historical milestone. On Oct. 11, 2012, the 50th anniversary of the opening of the Second Vatican Council will be celebrated by the church throughout the world.

On Oct. 11, 1962, Blessed Pope John XXIII confidently threw open the windows of the church, trusting that the Holy Spirit would blow through it with a fresh breeze of renewal.

During this worldwide ecumenical council — the 21st in the history of the church — more than 2,500 bishops approved 16 documents designed to enliven Catholic spirituality, and make the church far more relevant to the modern world.

The most important of these documents in my opinion is Gaudium Et Spes ("Pastoral Constitution on the Church in the Modern World"). It insists that the Catholic Church must be at the service of all humanity, especially those most in need.

As a step in this direction, "the Church has always had the duty of scrutinizing the signs of the times and of interpreting them in the light of the Gospel." We are then called to strengthen those aspects that conform to Christ’s teachings, and to change those elements that do not.

The world’s Catholic bishops insisted that the church — "the people of God" — cannot show any bias in protecting the lives and dignity of human beings. As one of Vatican II’s active participants Archbishop Karol Wojtyla would later declare — as Pope John Paul II — "We are all really responsible for all."

"Therefore from the moment of its conception life must be guarded with the greatest care, while abortion and infanticide are unspeakable crimes" (No. 51).

"God intended the earth and all that it contains for use of every human being and people. … Since there are so many people in this world afflicted with hunger, this sacred Council urges all, both individuals and governments, to remember the saying of the Fathers: ‘Feed the man dying of hunger, because if you have not fed him you have killed him’" (No. 69).

Reflecting on "the horror and perversity of war," the bishops powerfully proclaimed: "All these considerations compel us to undertake an evaluation of war with an entirely new attitude. The men of our time must realize that they will have to give a somber reckoning for their deeds of war (No. 80). …

"While extravagant sums are being spent for the furnishing of ever new weapons, an adequate remedy cannot be provided for the multiple miseries afflicting the whole modern world (No. 81). …

"It is our clear duty, then, to strain every muscle as we work for the time when all war can be completely outlawed by international consent" (No. 82).