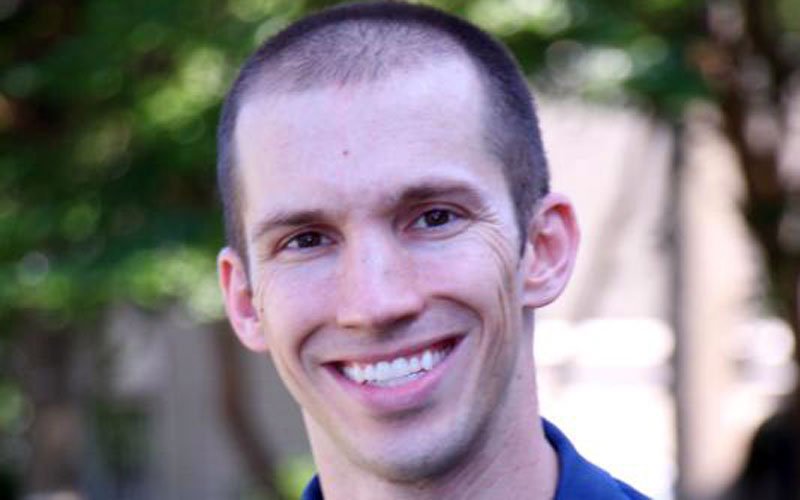 John Ruggiero is a 33-year-old U.S. Navy officer who loves exploring and adventuring with his wife, their two young boys, and their little girl who is on the way. He is a guest columnist for the Catholic News Service series, "In Light of Faith." CNS photo courtesy John Ruggiero)

Christian or Muslim. Pro-life or pro-choice. Liberal or conservative. One of us or one of them.

The list of the familiar dichotomies that divide us and change the way we think about ourselves and other people goes on endlessly — often to the point that I fear we cease to remember that we are all, in fact, people.

For that very reason, I have long believed that the greatest poverty in this world is a lack of recognition of our own dignity and that of those around us.

I remember it as a child, in the voices of peers teasing me incessantly for my New York accent when I moved to Missouri. I have seen it in downtrodden classmates unable to see their worth beyond academic or relationship difficulties. I hear it from the lips of men speaking about women as if their value were no more than the sum of their parts.

I see it in the eyes of women who have believed those same lies and define themselves in comparison to others. I read it on my Facebook feed in rants personally attacking public figures and groups of people whom the authors flatten to the one dimension indicated by the headline of an article.

I hear it every time I tune into the news and hear about another scandal, another tragedy, another politician demonizing anything contrary to his or her political agenda. I feel it in myself every time I hear and see these things and fail to respond.

If I could whisper one word in the ears of bishops as they prepare for the synod on “Young people, the faith and vocational discernment” next October, that word would be dignity.

By dignity, I am talking about the inherent value that every person has by their nature as a human being, made in the image and likeness of God. It is a word that our society, our young people and our church use with great frequency, but our culture applies selectively. The sad irony is that many of today’s polarizing labels are formed to uphold the dignity of a certain group, while some advocates trample on the dignity of others in the process.

Those of us who are Catholics need to lead the way in reversing such a trend, and perhaps this next synod could provide a road map for doing so.

Voices of respectful dialogue and dignified disagreement seem fewer and farther between, but I have experienced the beauty of such exchanges firsthand.

One of God’s greatest gifts to me has been the friendships I have developed with people who have almost completely different views from my own on everything from religion and politics to music and movies.

Some of these friends are as passionate in their stances as I am in mine, but the lively conversations we have shared over hikes, camping trips and meals at local dives stick with me, inform my faith and bring joy to my life in a way that I lose when I let myself get caught up in vitriolic social media posts and sensationalized news reports — even ones that argue for a cause with which I would otherwise agree.

I would love to hear the voice of young people in the church become the consistent voice of dignity in every forum where it is called into question.

In doing so, young people will be tilling ground and planting seeds everywhere hardened hearts and callous statements have led people to fall away from the faith (or passionately run from the faith). This is the message that our world is craving; it is the mission and direction our youths need; and it is the voice that Our Lord has always invited us to share.

Ruggiero, a 33-year-old U.S. Navy officer, is a guest columnist for the Catholic News Service series “In Light of Faith.” He expresses his personal views and does not speak on behalf of the government.

Tags: Life Issues
Copyright © 2023 Catholic News Service, Inc. All rights reserved. Linking is encouraged, but republishing or redistributing, including by framing or similar means, without the publisher's prior written permission is prohibited.