Wrath of the Titans - Catholic Courier 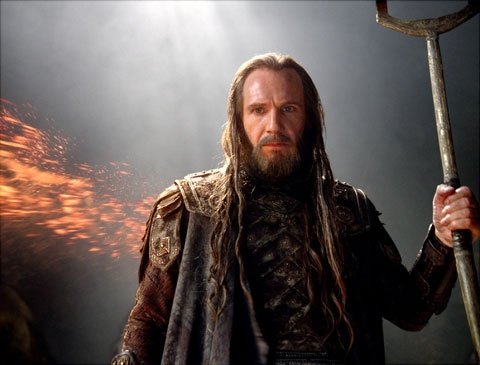 NEW YORK (CNS) — Nothing less than the fate of the universe, so we’re assured, is at stake in the mythological sequel "Wrath of the Titans" (Warner Bros.). Who would have guessed that an Olympian-scale near-apocalypse could prove such a bore?

Director Jonathan Liebesman’s stilted 3-D follow-up to 2010’s "Clash of the Titans" — itself a remake of the 1981 cult hit of the same title — centers, like its predecessor, on the conflicted demigod Perseus (Sam Worthington). Retired from the Kraken-killing biz and recently widowed, Perseus asks nothing more than to be allowed to ignore his semi-divinity and instead pursue a quiet life among mortals as a hardworking fisherman and devoted dad to his young son Helius (John Bell).

But that, of course, is not to be: Destiny and a massive special-effects budget dictate otherwise.

So Perseus’ pa Zeus (Liam Neeson) comes calling. He’s out to enlist the hardy lad’s help in an impending cosmic war that will ultimately pit the King of the Gods against Perseus’ Uncle Hades (Ralph Fiennes) and half-brother Ares (Edgar Ramirez).

Despite his daddy issues, a sweat-soaked nightmare convinces Perseus to go along with the plan. His allies in the struggle eventually include earthly warrior queen Andromeda (Rosamund Pike), Poseidon’s shifty son Agenor (Toby Kebbell) and the exiled smithy to the gods, Hephaestus (Bill Nighy).

Boulders fly and monsters die along the path of Perseus’ quest. But the effects- and action-driven proceedings are all spectacle and no substance.

The pagan theologizing to which some of the pompous dialogue is devoted, moreover, may confuse the impressionable.

Thus we learn that the gods depend on the prayers of their human devotees for strength. Since people have become indifferent to them, Zeus et al. are not only unable to hold back the evil Titans they long ago imprisoned, they themselves are in very real danger of death. And, unlike human beings who have a place to go once they shuffle off this mortal coil, for a god, it seems, death means oblivion.

Adults, of course, will have no difficulty in dismissing the above, along with many of the other tedious ins and outs of Perseus’ world. Given that most of the violence on view is restrained, and the language problems in Dan Mazeau and David Leslie Johnson’s script minimal, "Wrath of the Titans" is also possibly acceptable for older teens, at least those who have been well catechized.

The film contains pagan religious themes; constant, occasionally bloody, action violence; at least one mildly sexual joke; and a single crass term. The Catholic News Service classification is A-III — adults. The Motion Picture Association of America rating is PG-13 — parents strongly cautioned. Some material may be inappropriate for children under 13.