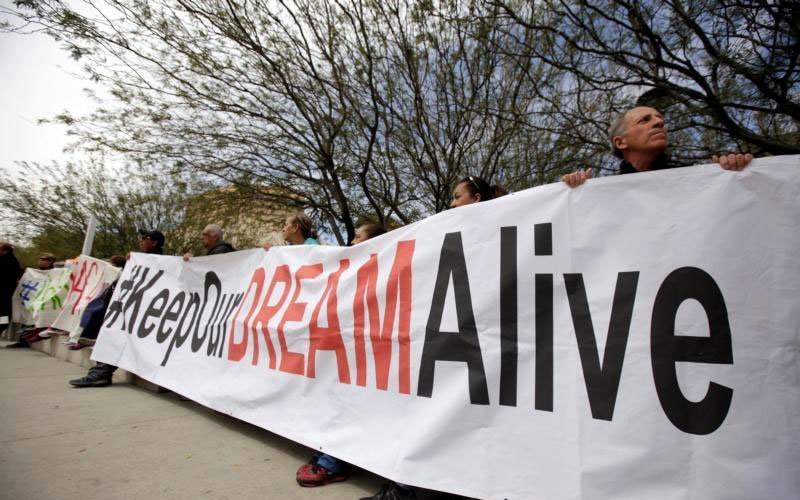 03.06.2018 Members of the Border Network for Human Rights and Borders Dreamers and Youth Alliance hold a banner during protest March 5 outside a U.S. Federal Courthouse in El Paso, Texas, to demand that Congress pass a "clean" DREAM Act to save the Deferred Action for Childhood Arrivals. The measure is the Development, Relief and Education for Alien Minors Act. (CNS photo by Jose Luis Gonzalez/Reuters)

During the recent Public Policy weekend, the Bishops asked parishioners to sign a petition encouraging Congress to pass the so-called Dream Act of 2017 (S. 1615). But, why would the Bishops — or anyone for that matter — support this legislation which allows convicted sex offenders, including those deemed serious enough to be on the sex offender registry, to be immune from deportation and be granted citizenship?

The Bishops are committed to protecting children and the young from sexual abuse in the Church via the “Charter for the Protection of Children and Young People,” but why does that concern and committment not apply to those outside the Church?