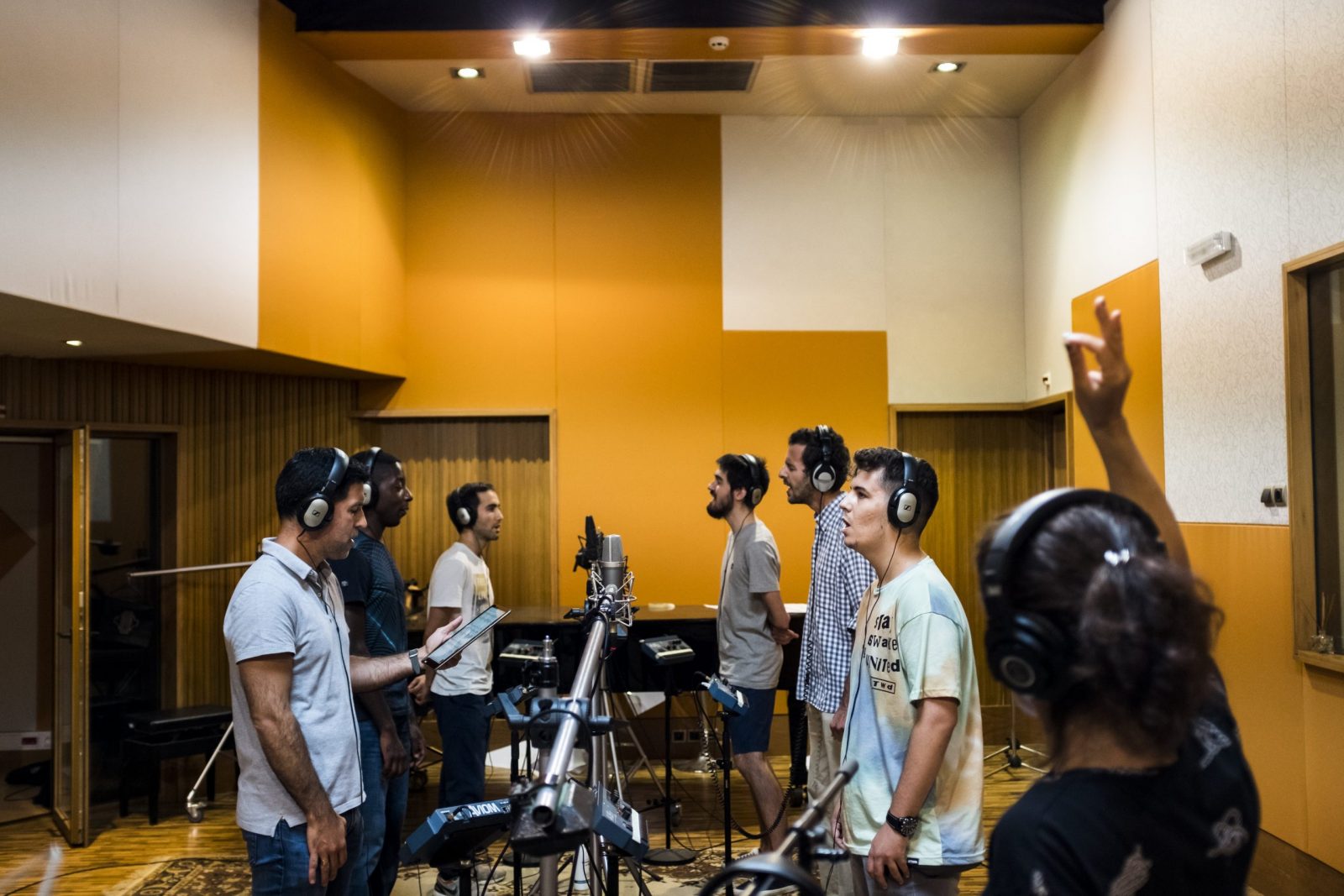 Young people record the official theme song for the Lisbon 2023 World Youth Day in Torres Vedras, Portugal, Aug. 5, 2020. The official song is titled "Ha Pressa no Ar" (There Is Urgency in the Air). World Youth Day has been postponed until August 2023 because of the coronavirus pandemic. (CNS photo by Filipe Amorim/World Youth Day Lisbon)

The official song is titled “Ha Pressa no Ar” (There Is Urgency in the Air). The lyrics were written by a 51-year-old priest, Father Joao Paulo Vaz, and the music was composed by 41-year-old Pedro Ferreira, both of the Diocese of Coimbra, Portugal. The musical arrangement was by Carlos Garcia.

The winning song was officially presented online Jan. 27 on the websites of the Vatican Dicastery for Laity, the Family and Life (www.laityfamilylife.va) and the local organizing committee at www.lisboa2023.org.

People from all over Portugal submitted more than 100 potential theme songs, and they were evaluated by a jury made up of musical and artistic professionals, according to a press release from the organizers.

The song’s lyrics reflect the theme chosen for WYD Lisbon by Pope Francis, “Mary arose and went with haste” — a passage from the Gospel of St. Luke about Mary going to see her cousin Elizabeth after Mary had been visited by an angel who told her she would bear the son of God.

The theme song is meant to inspire and invite young people “to identify themselves with Mary” and be eager to serve in a missionary spirit and to transform the world, the press release said.

A logo, which had been released in October, depicts the cross, a path, the rosary and Mary as a young woman. The rosary is meant to symbolize the devotion to Our Lady of Fatima, and it is placed on the path to recall the experience of pilgrimage.

The handoff originally was scheduled for April 5, 2020, Palm Sunday, but was postponed because of the lockdowns and travel bans in place to curb the spread of the coronavirus.

Because of the global pandemic, Pope Francis also agreed with a recommendation by the Dicastery for Laity, the Family and Life to postpone World Youth Day until August 2023 rather than as originally scheduled in 2022.