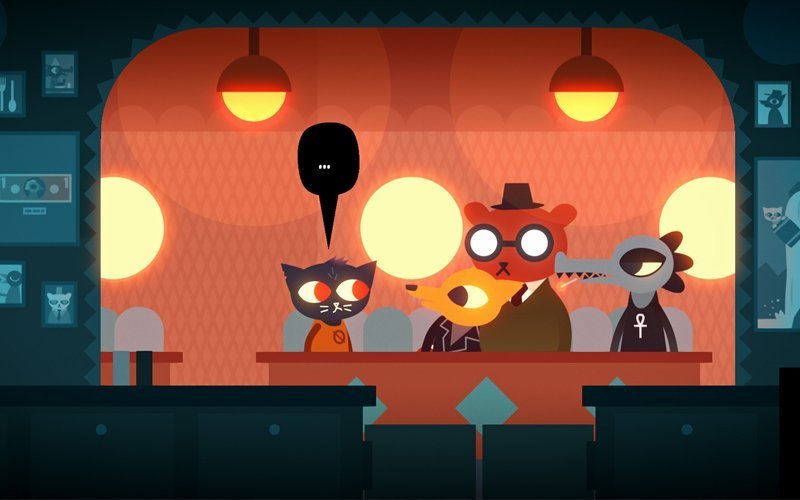 Screenshot of the video game "Night in the Woods"

NEW YORK (CNS) — Autumn is the time when most young people are back at college. But what about the ones who bounce back home? That question provides the premise for the captivating video game “Night in the Woods” (Infinite Fall).

In this 2-D platformer — partly a mediation on loneliness, partly an adventure — gamers play as Margaret “Mae” Borowski, a cartoon cat girl and recent college dropout returning to her fading industrial hometown, Possum Springs. Mae’s friends are all anthropomorphic animals like her.

Presented in a clean, appealing style, “Night in the Woods” nonetheless deals with subjects like alcoholism, pornography, financial struggles, family relationships and, in an incidental way, homosexuality. Protagonist Mae drinks alcohol and one of her pals smokes.

There is no adult imagery and the dialogue stops short of anything explicit. Still, “Night in the Woods” is definitely unsuitable for youngsters.

Most of “Night in the Woods,” which takes about 10 hours to play, involves exploring Possum Springs. Mae jams with the local band, visits stores and favorite rooftops, talks to old friends — who have changed slightly since she left — and goes star gazing. Mae’s best buddy is Gregg, a gay fox whose sexuality is accepted uncritically but passed over quickly.

Eventually, players discover a mystery in the woods. It involves a crime committed years ago, but to give any more away would spoil the surprise.

Besides, this aspect of the gameplay almost seems tacked on here, a sop to traditional action in a title that’s really about the psyche and soul. This is a narrative-focused experience that calls for patience. It’s more about Mae working through her painful problems than a traditional action-adventure or trail of clues.

While the animation in “Night in the Woods” is broad and colorful, like a 1950s cartoon, there is dark realism in the story. Characters talk of coal-mining disasters, labor strikes and government-sanctioned massacres. Possum Springs represents an exaggerated version of the desperate Rust Belt America that has played such a big part in recent politics.

Those Mae encounters include an ex-construction worker on unemployment and a group of senior citizens debating how to bring business back to their failing community. Unlike so many video games, the reward here is that players are getting to know characters and how their life stories reflect real-life struggles — rather than just blowing stuff up.

“Night in the Woods” is playable on PlayStation 4, Microsoft Windows, Linux and Macintosh operating systems.

The game contains mature themes and references to homosexuality. The Catholic News Service classification is A-III — adults. The Entertainment Software Rating Board rating is T — Teen.