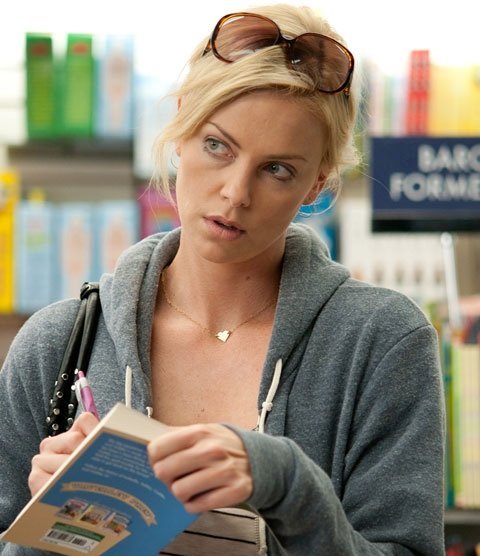 Charlize Theron plays Mavis Gary, the moderately successful ghostwriter of a young-adult fiction series that’s had its day and is about to come to an end. She’s 37, divorced and unhappy with the direction of her life in Minneapolis.

An unexpected email from the wife of her high school boyfriend, Buddy Slade (Patrick Wilson), inviting her to a party for their infant daughter, reminds Mavis that 20 years ago, she used to be quite the hot date in Mercury, Minn. Indeed, she’d been the prom queen.

So what else to do but pack up and head back there to announce, "Buddy Slade and I are meant to be together, and I’m here to take him back."

The "moral" voice in the mix, providing acerbic counterpoint, is another high school classmate, Matt Freehauf (Patton Oswalt). Matt was left crippled after the school jocks beat him up because they thought he was gay. Mavis spends as much time with Matt as she does in pursuit of Patrick. But she’s too single-minded — and usually too drunk — to listen to anyone’s advice.

Deadpan one-liners lighten the dialogue — and certainly all of us have questioned our situation in life two decades out from graduation. But although Mavis sometimes announces she’s depressed, none of the people around her — despite being shown to be intelligent and caring — bother to confront her, either with this or with her alcoholism, nor do they get her the help she so obviously needs.

So there’s no resolution. It’s just a spiral of bad behavior until Mavis realizes she can’t fix her life in Mercury. On the other hand, the experience, it turns out, has been useful for cracking her writer’s block.