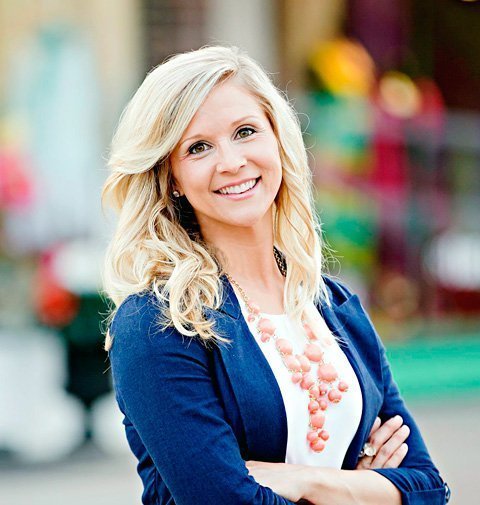 BRIGHTON — The best dating advice Sarah Swafford ever received was during the sacrament of penance while she was on retreat.

Her confessor’s advice not only changed the way she viewed dating, but she said it changed her life as well.

"It wasn’t just dating advice, it was my life advice," she remarked.

Swafford, founder of Emotional Virtue Ministries, now speaks to teens and young adults around the world about how they can have drama-free relationships. The Kansas native shared her insights with

Prior to taking her dating advice on the road, Swafford was a residence hall director at Benedictine College in Atchison, Kan. At the time, she was responsible for more than 140 female freshmen and had a front-row seat to the highs and lows of being a college student. Swafford had an open-door policy and talked with the freshmen about everything from homesickness and exams to new relationships and the heartache of breakups.

One night, a group of Swafford’s freshmen approached her, telling her she needed to share with other students on campus the relationship advice she had given them. She agreed and planned to give a talk called "Love, Emotions, Mental Stalking and Mr. Right." Swafford thought only about 20 girls would show up, but when she entered the room the night of her talk, there were more than 300 women waiting to hear what she had to say. After that, she also gave talks to male and co-ed audiences on campus.

After word of her talks got around campus and the Internet, she was approached by ETWN to cohost a show, At the Heart of Relationships. She also has written a book, Emotional Virtue: A Guide to Drama-Free Relationships.

"I’m sharing with you what I wish I heard when I was your age," Swafford told the teens at St. Thomas More. "I stand before you able to talk about this stuff because I lived it."

Swafford began her talk by addressing the insecurities and anxieties that teens face.

For example, she said the world bombards men with images of what a "real man" is supposed to be and do, and that models and celebrities set the criteria for what a perfect women should look like.

"The world likes to mess with you," she said. "There is so much pressure to be perfect."

Swafford then starting talking about dating relationships, making the teens in the audience laugh when she explained how a lot of relationships begin with what she called the "emoticoaster": mental stalking, social media stalking, flirting, texting, calling and physically stalking.

Swafford explained each part of the "emoticoaster"; for example, mental stalking is a one-way relationship where a guy or girl is consistently thinking about the other person. This leads to social media stalking, where the guy or girl begins looking at a person’s social media accounts and making assumptions about that person’s life.

Then, Swafford said, comes flirting, texting, calling and physical stalking, which she described as having to be around that person all the time.

The desire for teens and young adults to keep taking a ride on the emoticoaster is because of the "cycle of use," which she defined as a man or woman’s goal of to obtaining a certain feeling or physical pleasure in a relationship.

The problem with the cycle of use, she said, is that it tends to mask itself as love, often making it difficult to recognize.

"We don’t want to use people. No one does. The problem is we just don’t call it that, but we still do it," she said.

Swafford had the teens repeat what she called the two most powerful sentences — "I will not use you. And I will not let you use me." — and explained that identifying and coming to grips with the "emoticoaster" and the "cycle of use" is important to building healthy lives and relationships.

"I’m telling you, guys, if I asked myself these three questions while I was in high school, it would have completely changed my high-school experience," she remarked.

She said that when she was in high school, she always worried about getting good grades and who she was going to date, and also struggled with the fear of missing out on something.

Answering these questions and striving for what you really want to be doesn’t happen overnight, she cautioned, noting that our thoughts, actions and habits form who we are, something she calls "emotional virtue." She told the teens that emotions are good, but it is not their job to recognize the truth. She said one’s mind has to be formed in what is true, so that one’s heart can act upon it.

"You have to be the boss of your thoughts," she said. "You can follow your heart sometimes, but don’t forget to bring your head with you."

Following Swafford’s talk, the teens had the opportunity to meet and speak with her. Breanna Dauphinee admits she wasn’t sure what to expect from the presentation when she got to St. Thomas More that night. However, at the end of the evening, the high-school senior from Greece’s Our Mother of Sorrows Parish said Swafford’s talk is something she won’t forget.

"It was a pretty amazing evening. I learned a lot and it definitely impacted me," she said.

"I learned to prioritize my life for God, to make God number one, and that I should stop worrying about making my life successful and just let God take it," he said.