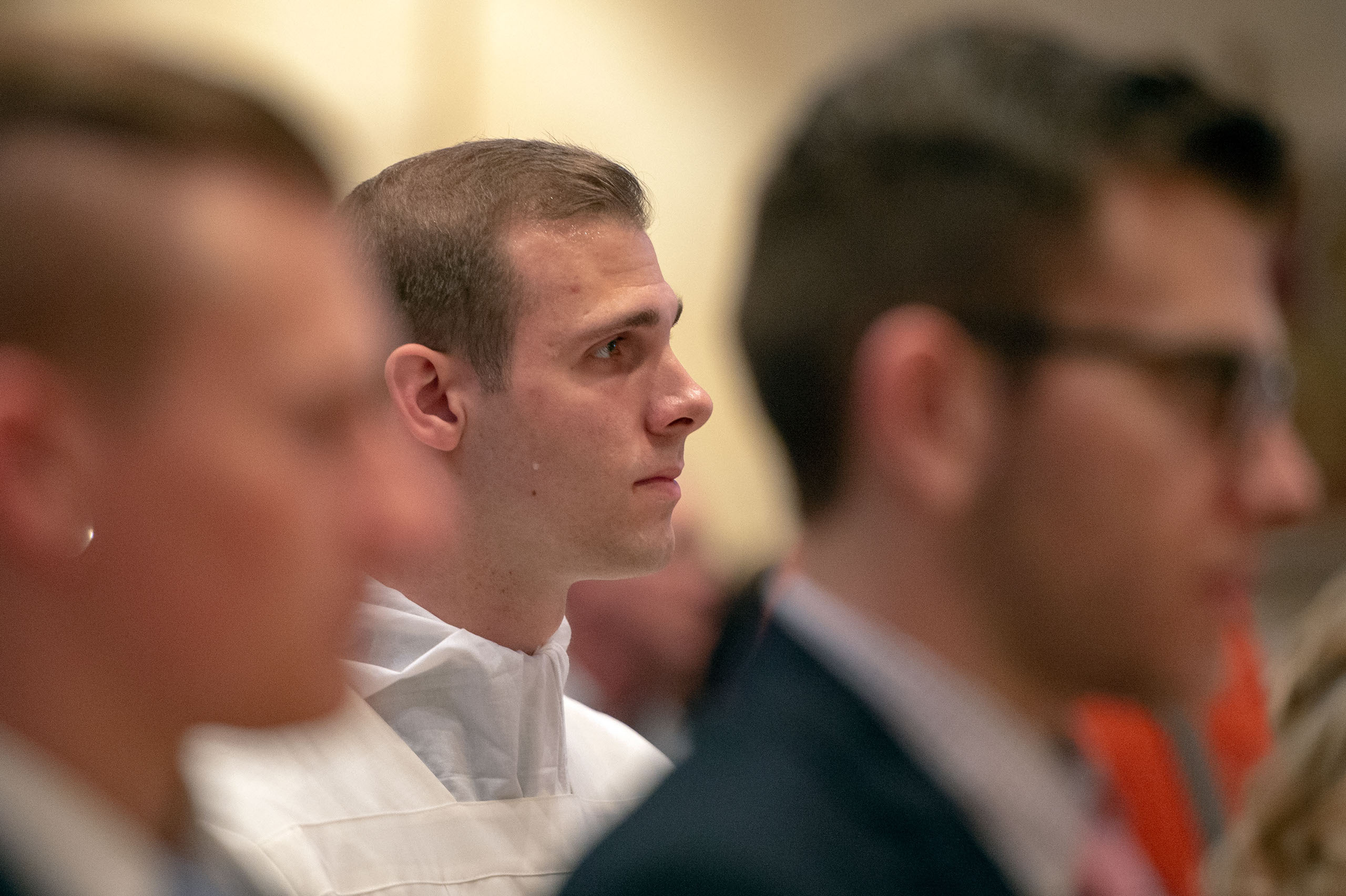 Joseph Martuscello sits with his family during his diaconal ordination.

The road to the priesthood

All the while, however, he sensed that something was missing. Following the death of his grandmother, Martuscello began questioning more deeply his purpose in life.

The answer became clear one night when his mother invited him to pray the rosary with her.

“It’s almost like winning the lottery, when you have something that great happen to you. You want to share it with others, with the ones you’ve loved, and you want others to experience the same thing,” he added, noting that he became intent on the priesthood from that point forward.

Martuscello entered the diocesan priestly formation program in 2015. In the summer of 2016,  he engaged in an extensive immersion program — “really getting to know the Diocese of Rochester in a bigger picture,” he said. “It was really nice just to go and see the different ministries, the different cultures — the deaf community, Hispanic, the black community,” he said.

Martuscello said he still loves his sports, avidly playing basketball and soccer as well as lacrosse. Fishing is another pastime: “I really enjoy the outdoors, seeing God’s beauty and creation,” he said.

But these days, his top priority is the priesthood that lies ahead — a life he said he couldn’t have fathomed even five years ago.

“I look back and I see where I have grown, and where the Lord has led me and the people he has put into my life,” he said. “God is so good. He has filled my life with so many great people, so many great friends.” 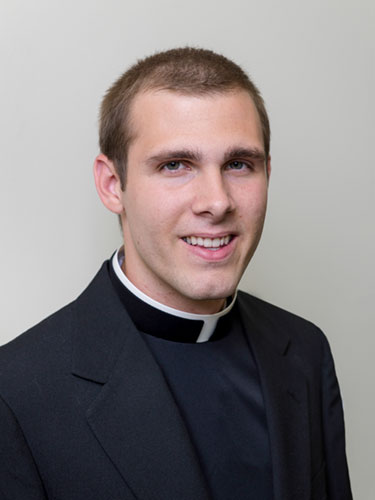 In this Soundcloud clip,  then-seminarian Joseph Martuscello speaks of his vocation.

In this video, then-seminarian Joseph Martuscello talks about following God’s will for his life. 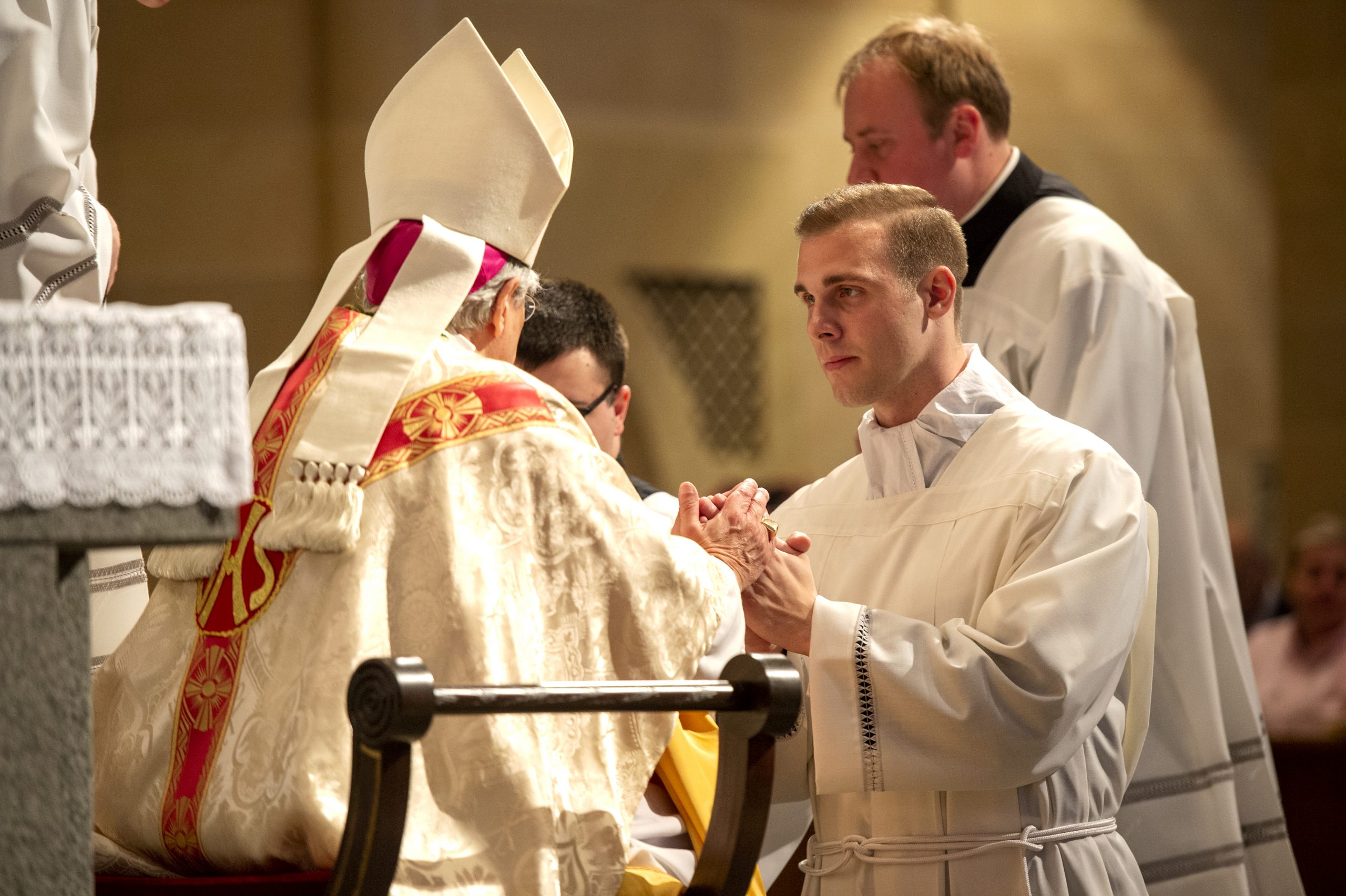 Deacon Joseph Martuscello kneels before Bishop Matano during his ordination to the diaconate. 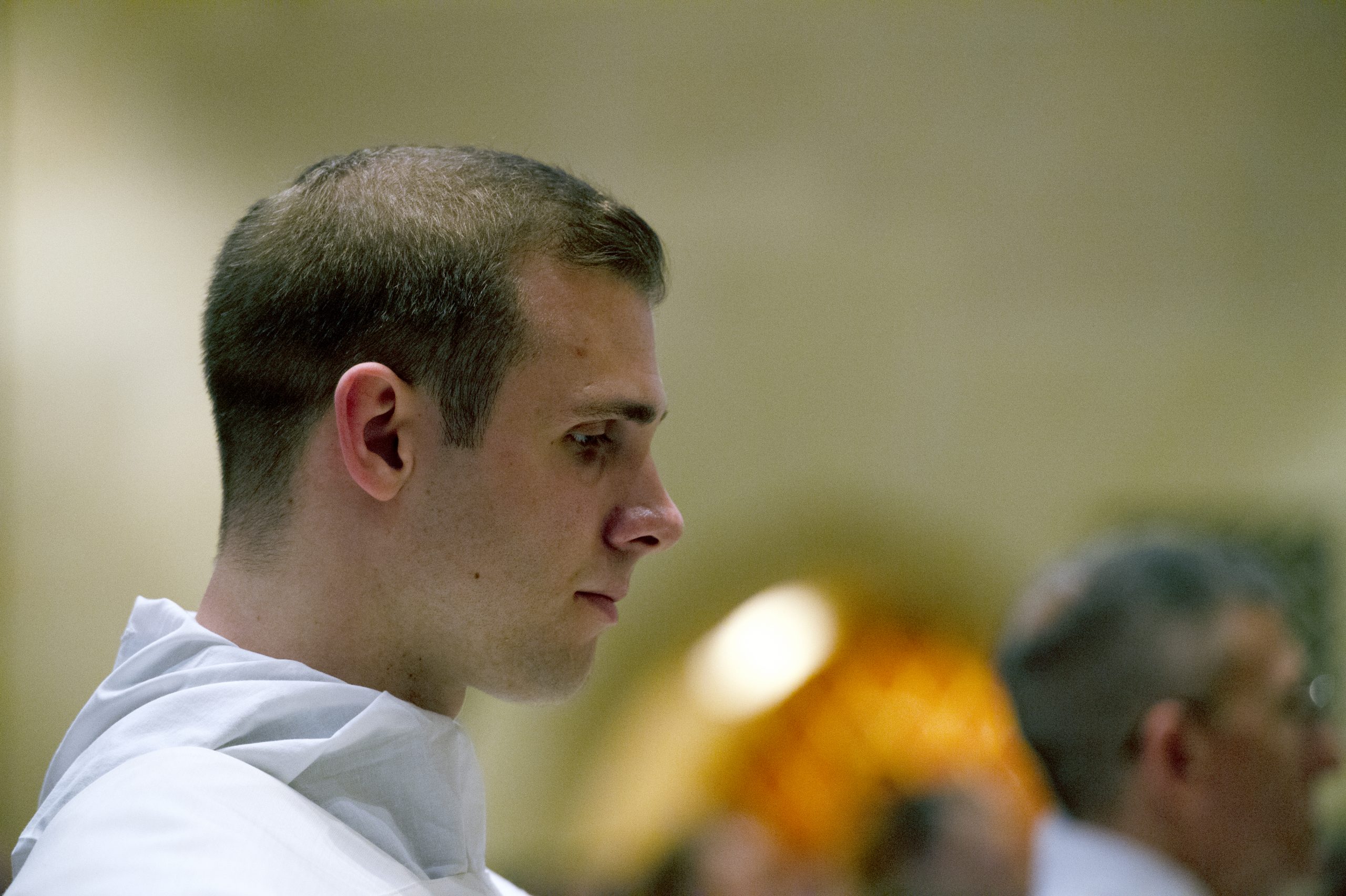 Deacon Martuscello sits before Bishop Matano during his diaconal ordination.

A personal highlight of the Mass for Deacon Martuscello occurred as the liturgy began — “processing in, seeing my family and all the people who have supported me all these past years,” he said.

Deacon Martuscello served the summer of 2019 at All Saints Parish in Corning/Painted Post, not far from his home parish of Ss. Isidore and Maria Torribia in central Steuben County. Deacon Martuscello returned to St. John’s Seminary in Brighton, Mass., in the fall of 2019 for his fourth and final year of theological studies.

Deacon Martuscello described his emotional state at the deacon ordination as “pure joy,” yet added that he seeks no personal credit for his vocation to the diaconate.

“This is nothing I accomplished. It’s all God; it’s a gift from God.” 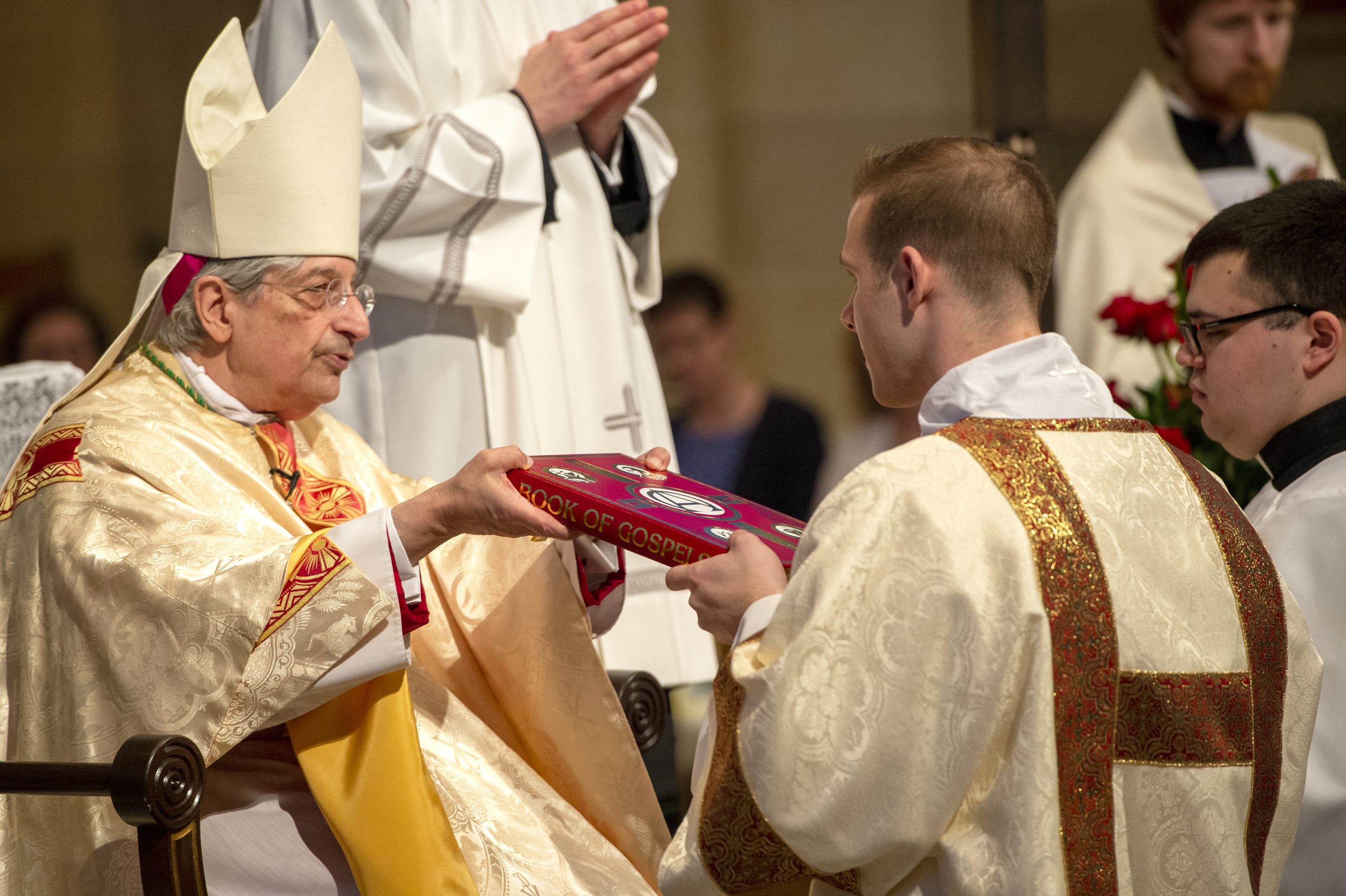 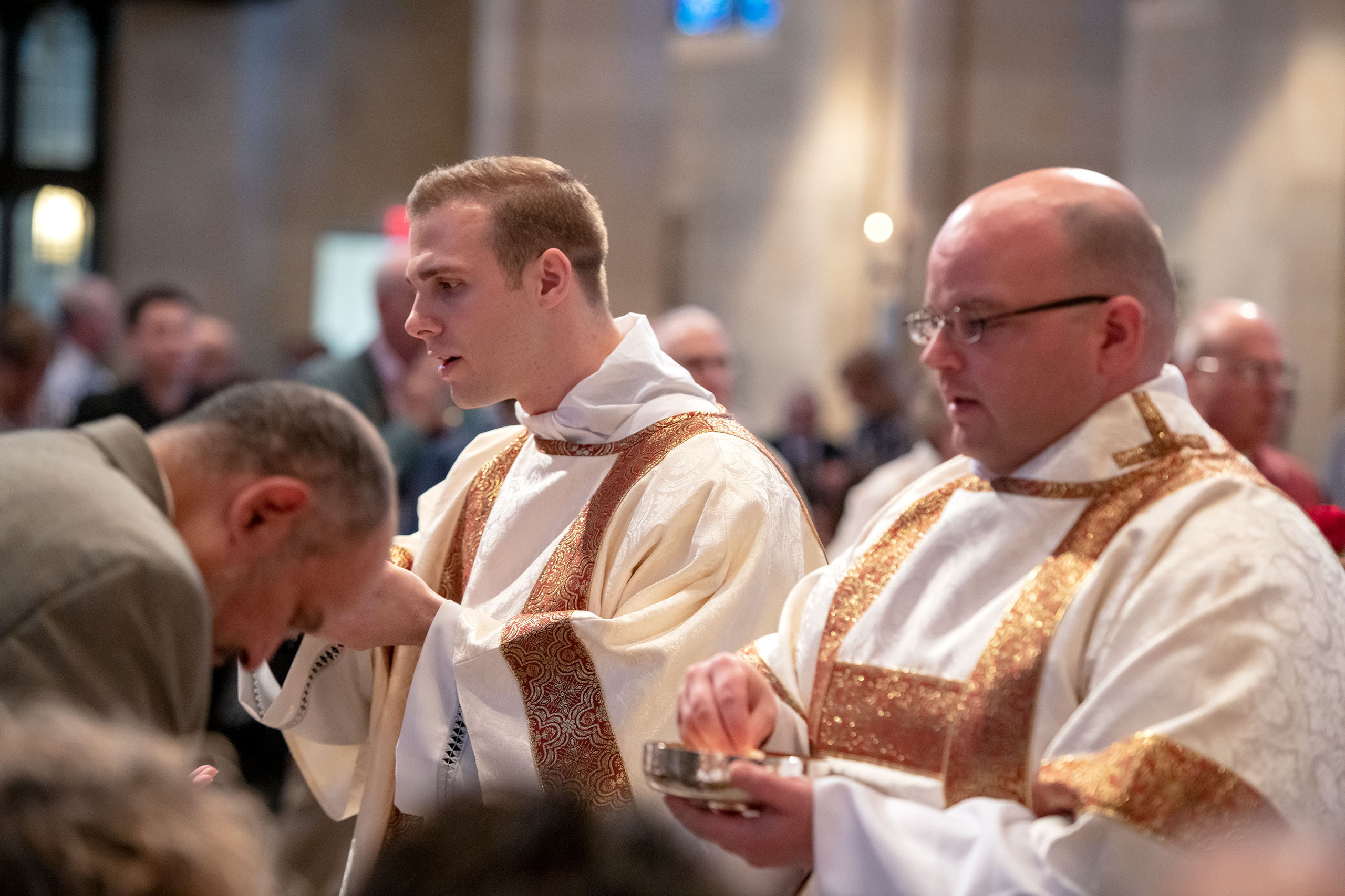 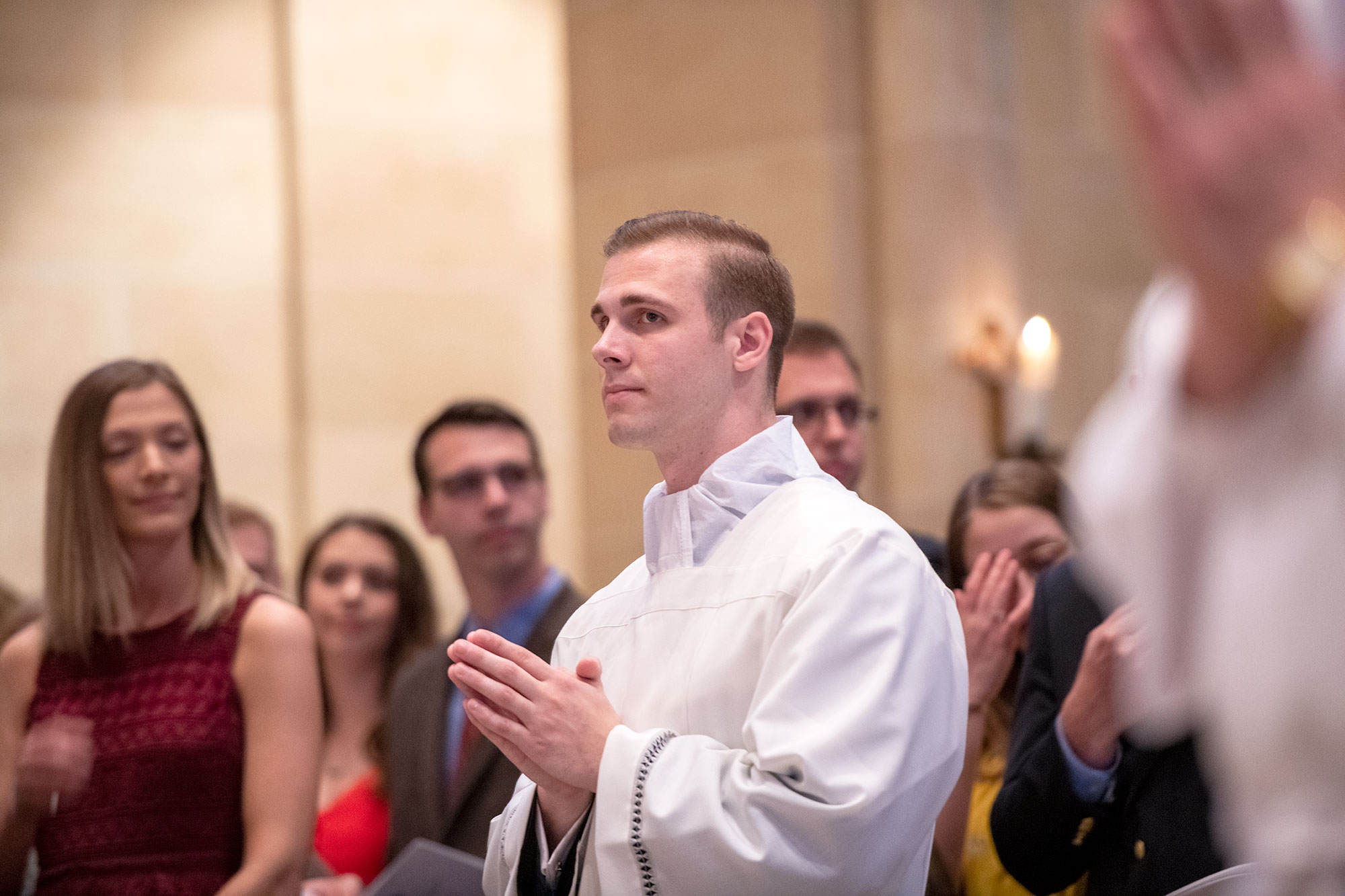