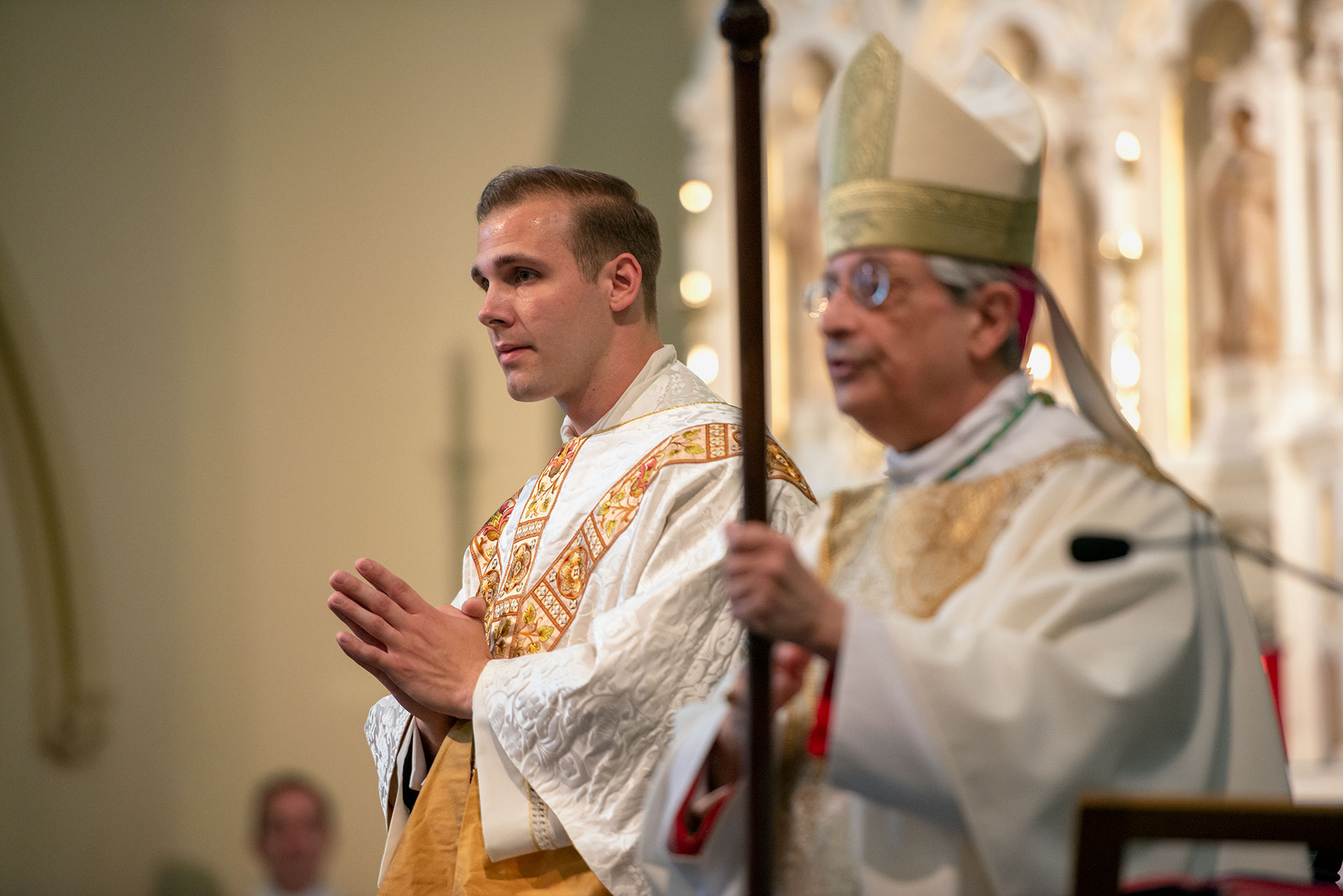 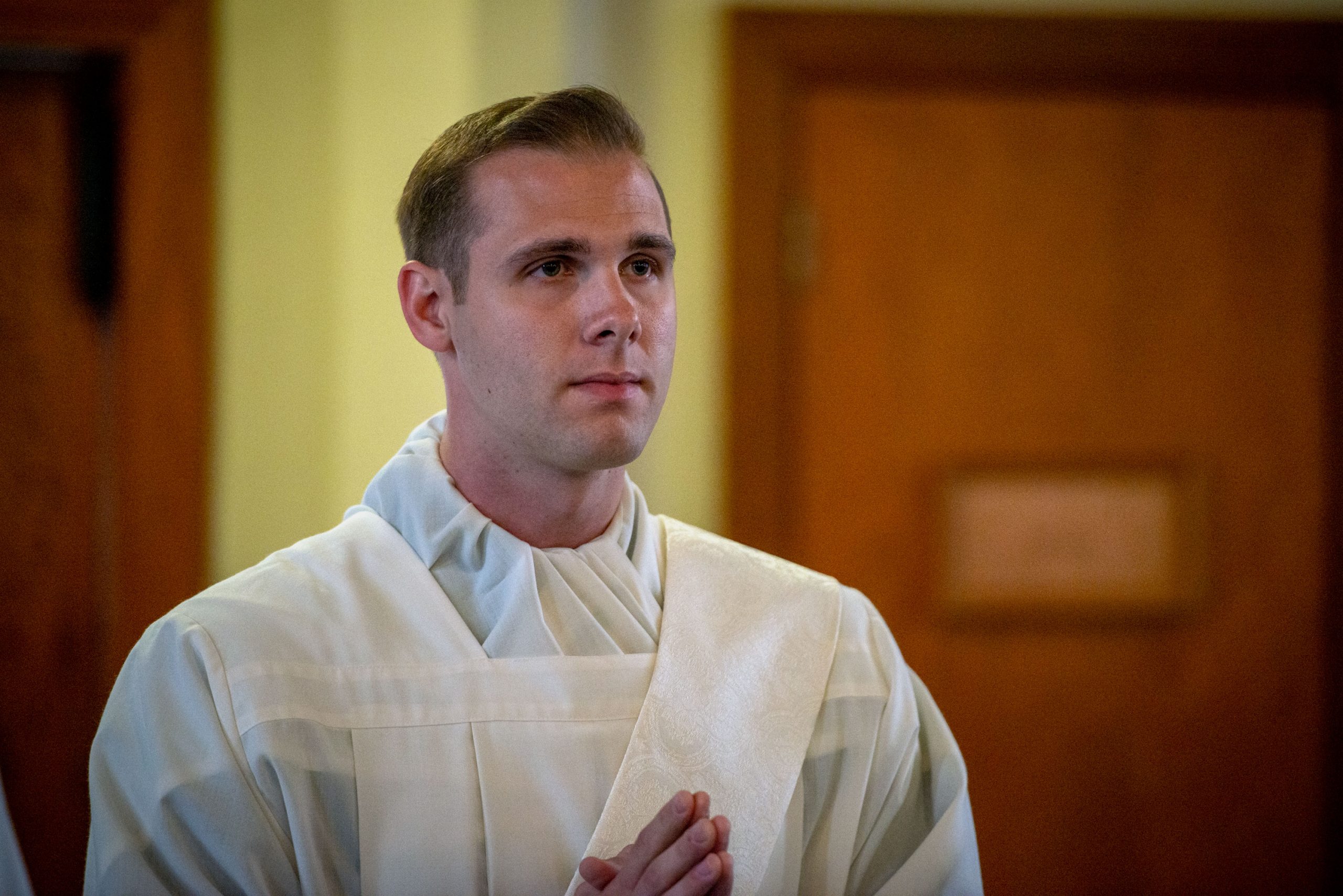 With a limited in-person congregation but hundreds watching online June 13, Bishop Salvatore R. Matano ordained Joseph Martuscello as the newest priest of the Diocese of Rochester.

The 28-year-old’s 10 a.m. ordination Mass was livestreamed from St. Mary Church in Corning by the Catholic Courier. Although the liturgy took place on its originally scheduled date, Bishop Matano ordained Father Martuscello in a private ceremony in compliance with state restrictions on the sizes of public gatherings due to the coronavirus pandemic. Most who attended in person were family members, along with a few concelebrating priests. 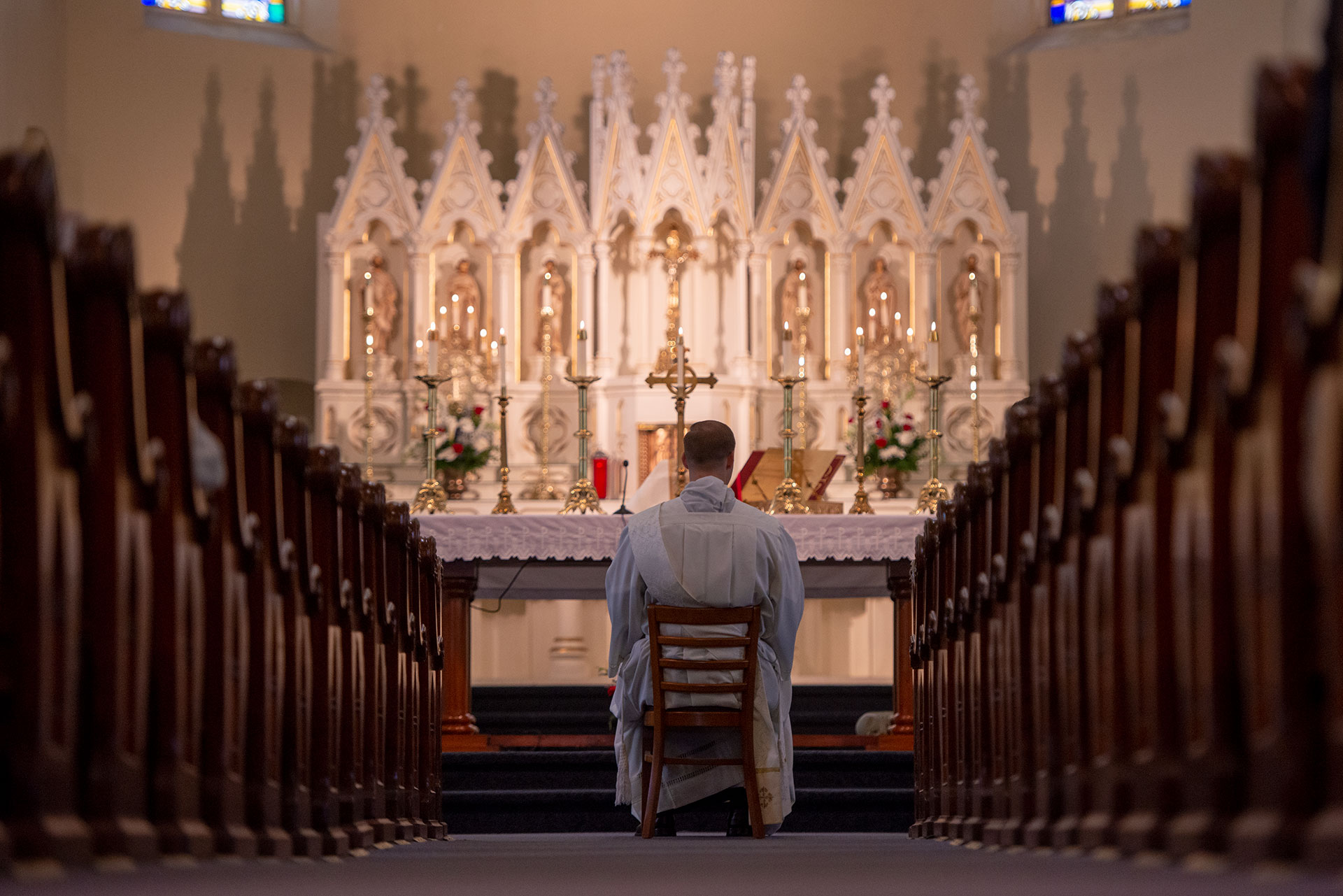 Father Martuscello sits before the altar at the start of the Bishop Matano’s homily. 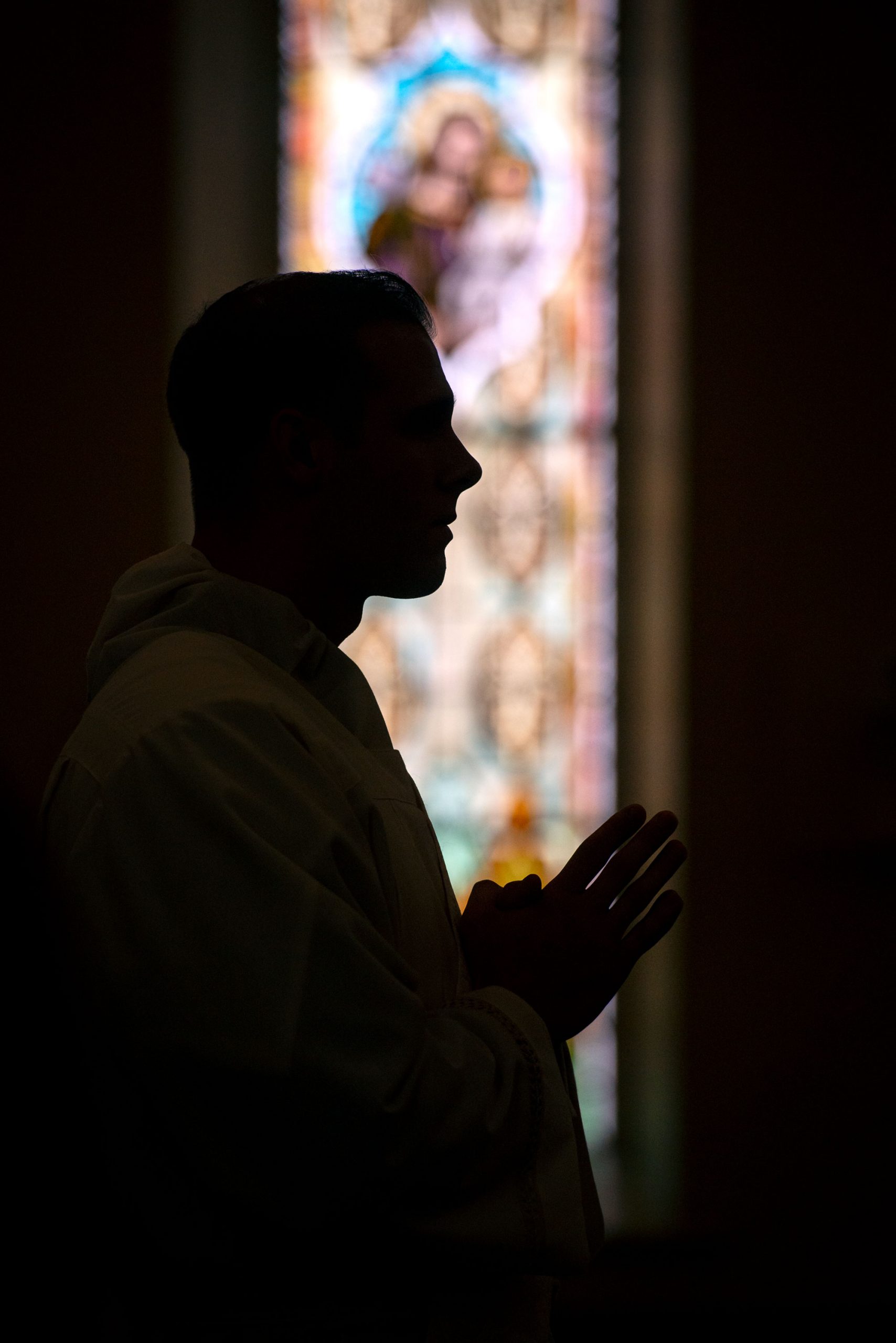 Father Martuscello stands in the front of St. Mary Church at the start of the ordination Mass. 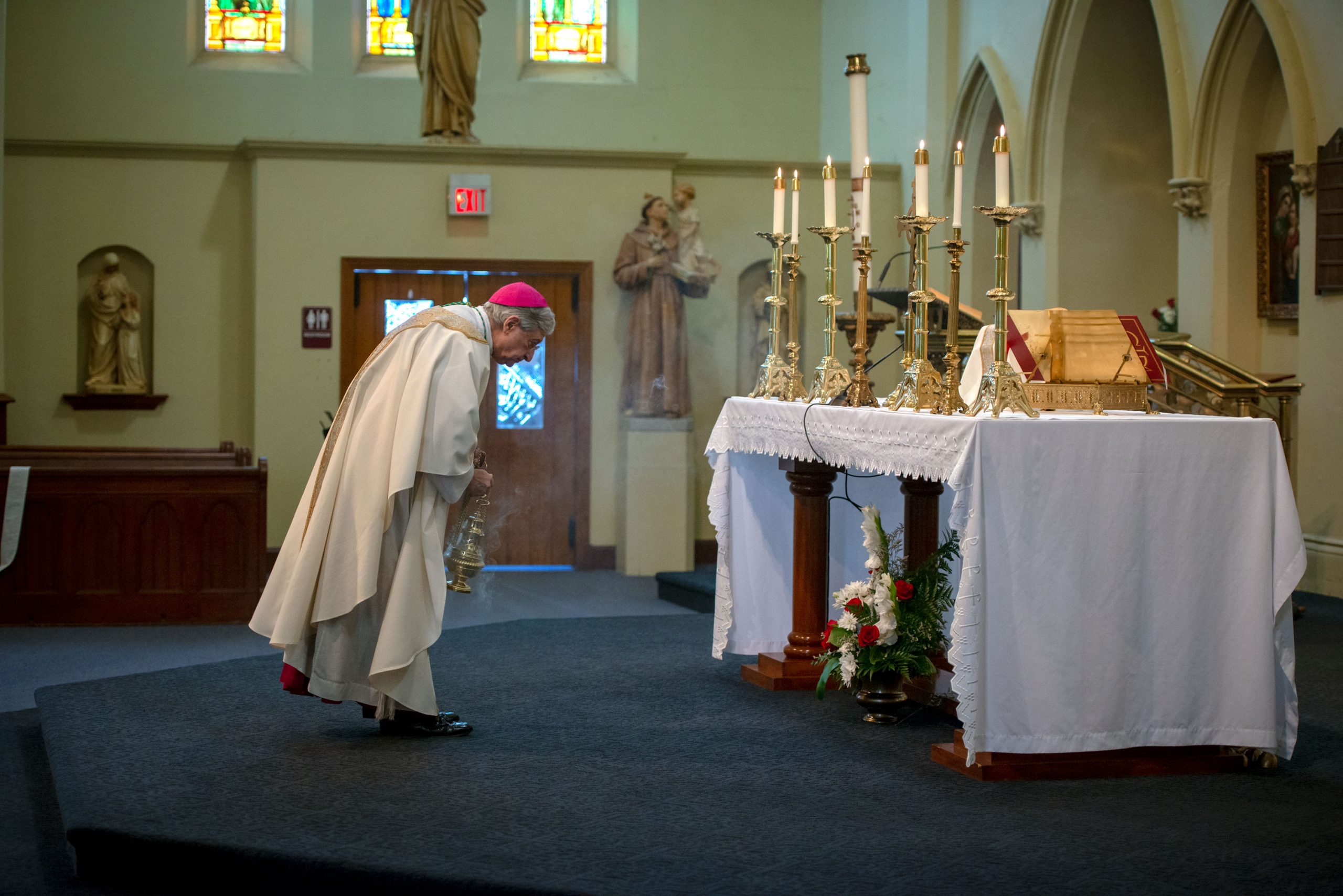 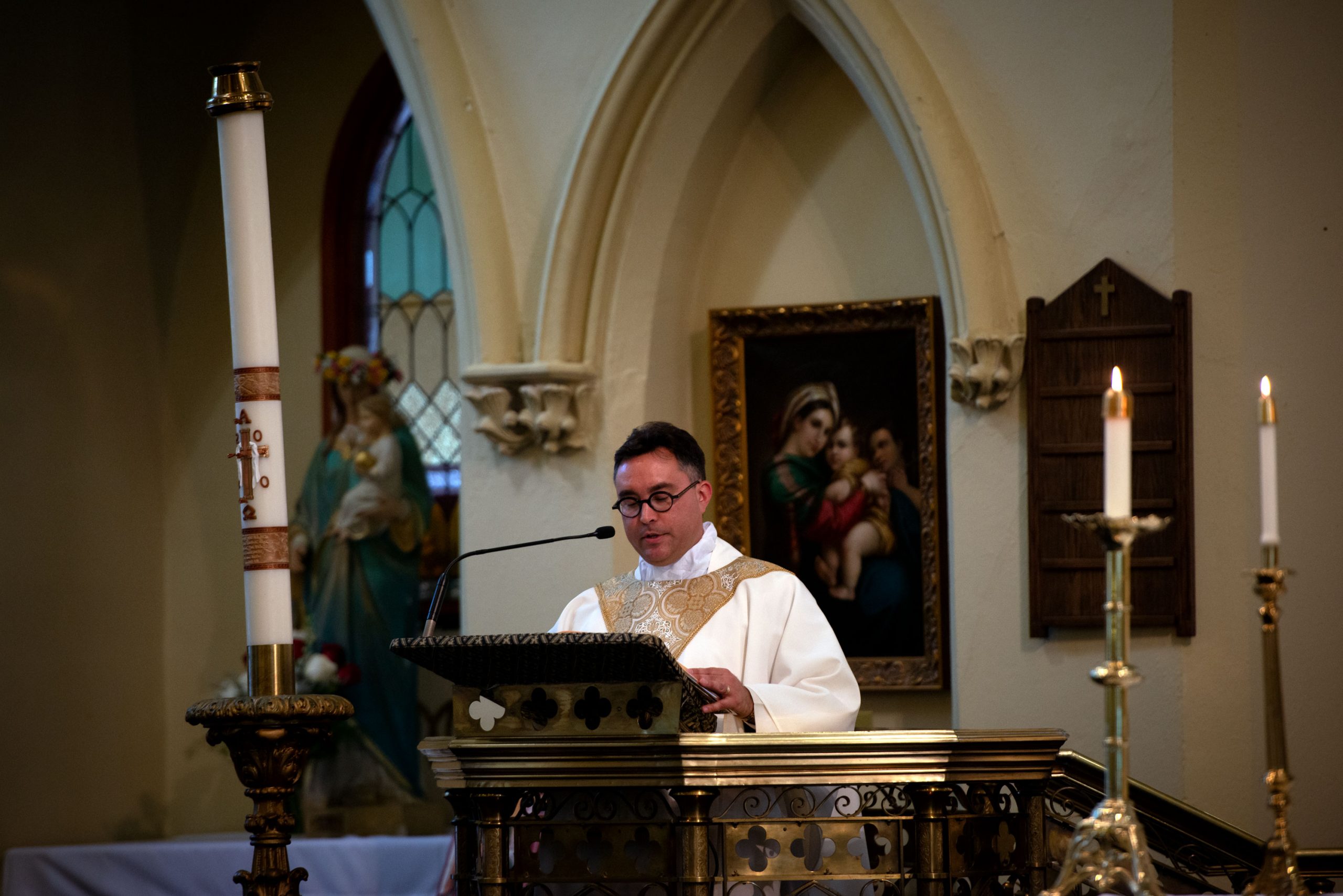 Father Matthew Jones welcomes Father Martuscello’s family and friends at the start of the ordination Mass.

Father Martuscello was ordained in his native Steuben County; his home parish is Ss. Isidore and Maria Torribia (St. Catherine of Siena, Addison; St. Stanislaus, Bradford; and St. Joseph, Campbell). Whereas priest ordinations typically occur at Rochester’s Sacred Heart Cathedral, Father Martuscello noted in a June 2 interview with the Courier that Bishop Matano offered to conduct the ordination in Corning so that the ordinand’s mother, Mary — who has multiple sclerosis — could more easily attend. 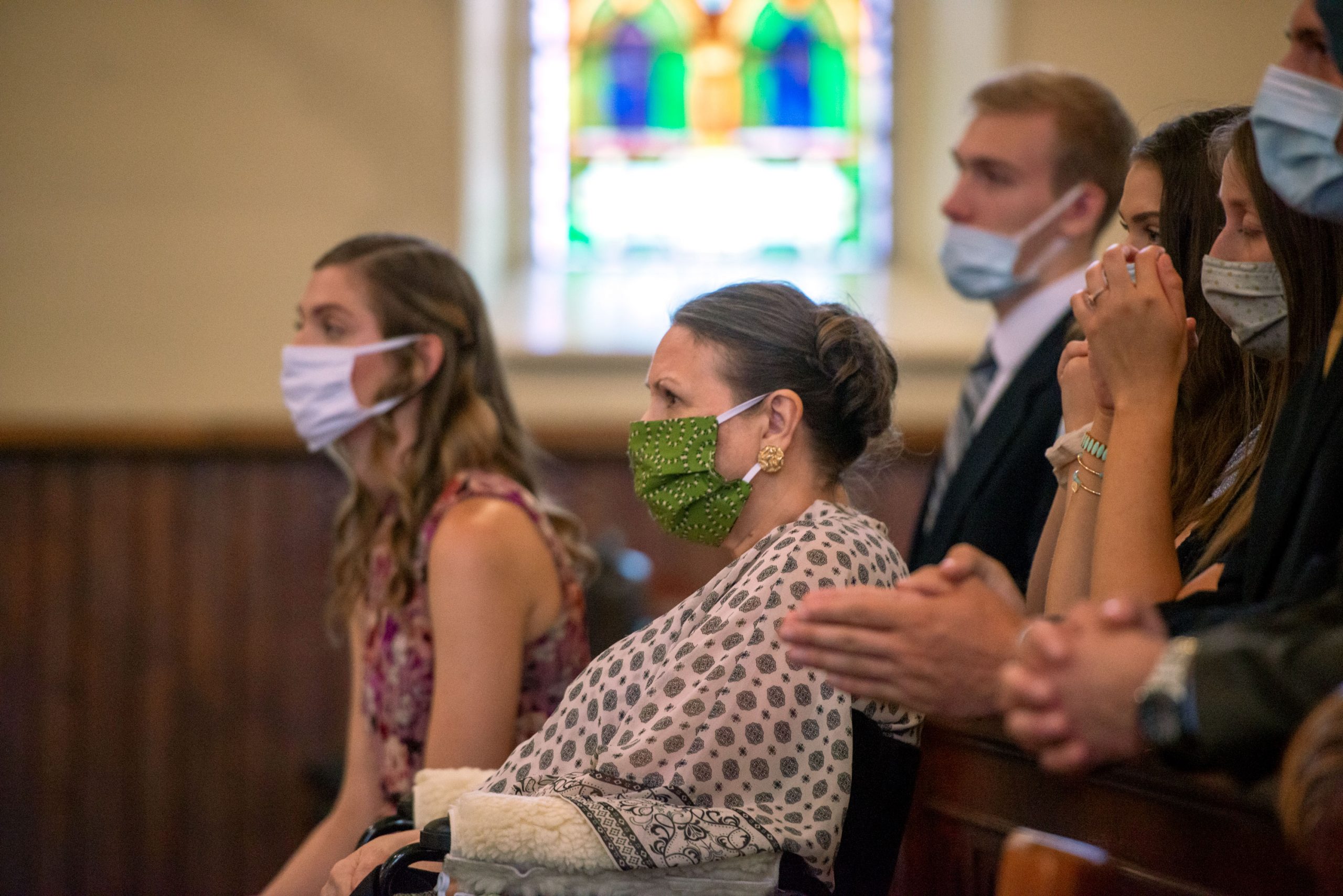 Father Martuscello’s mother sits with her family during the Mass.

Although it was not possible for large numbers of well-wishers to physically attend, the number of livestream views climbed steadily during the first hour of the ordination liturgy, reaching more than 400 by the time Bishop Matano ordained Father Martuscello midway through the Mass.

“Beyond these walls, so many are praying for you,” the bishop told Father Martuscello toward the end of his homily. 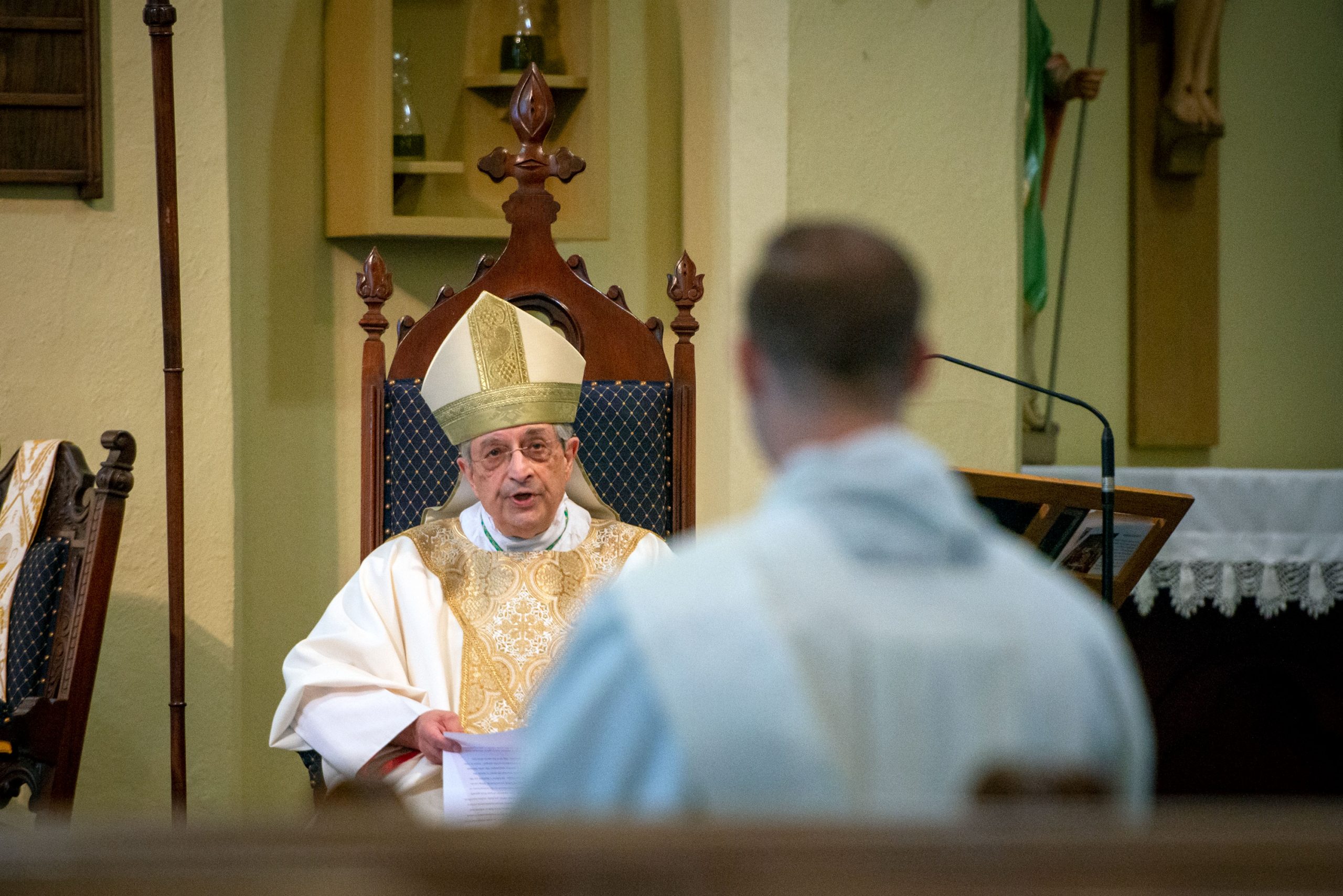 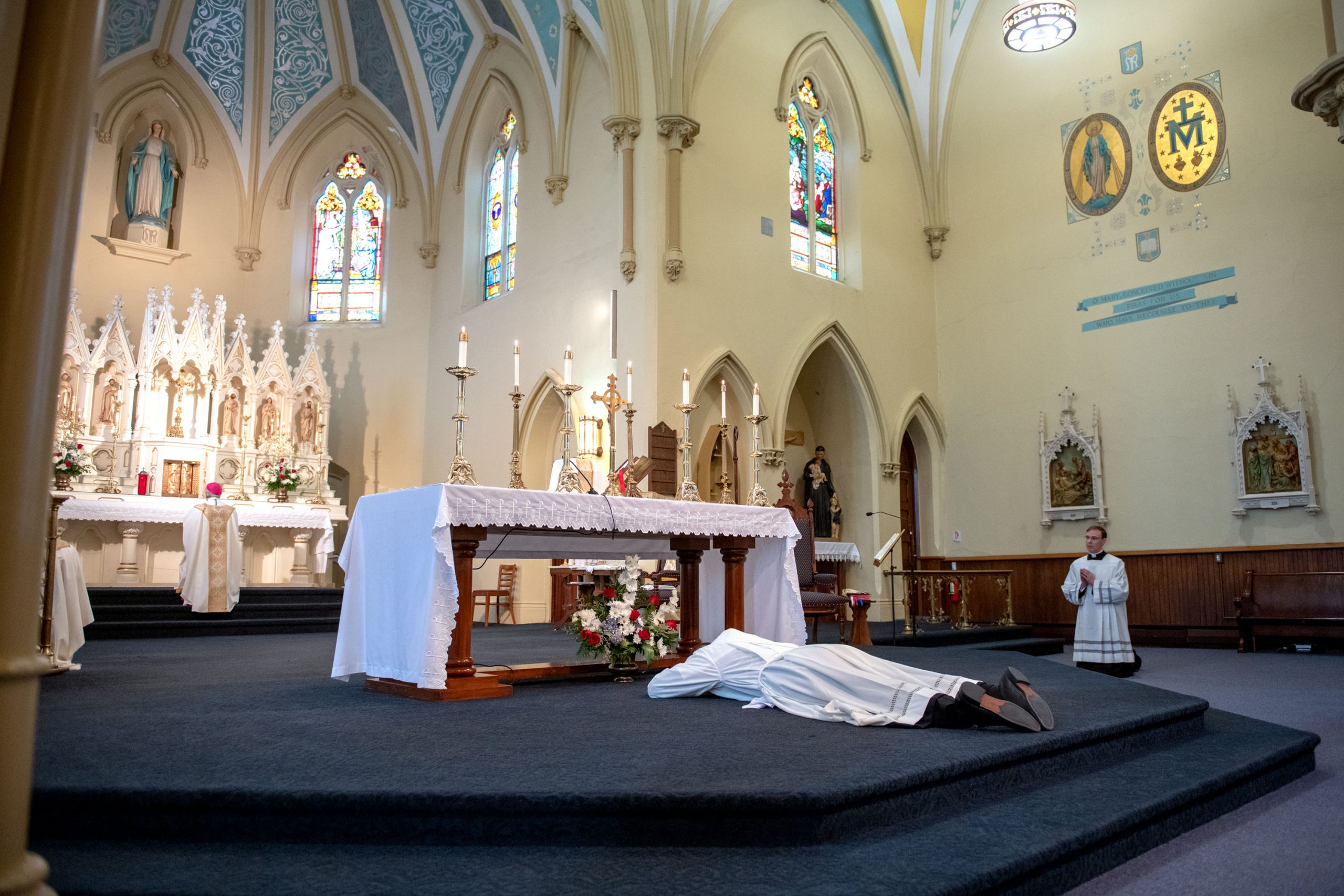 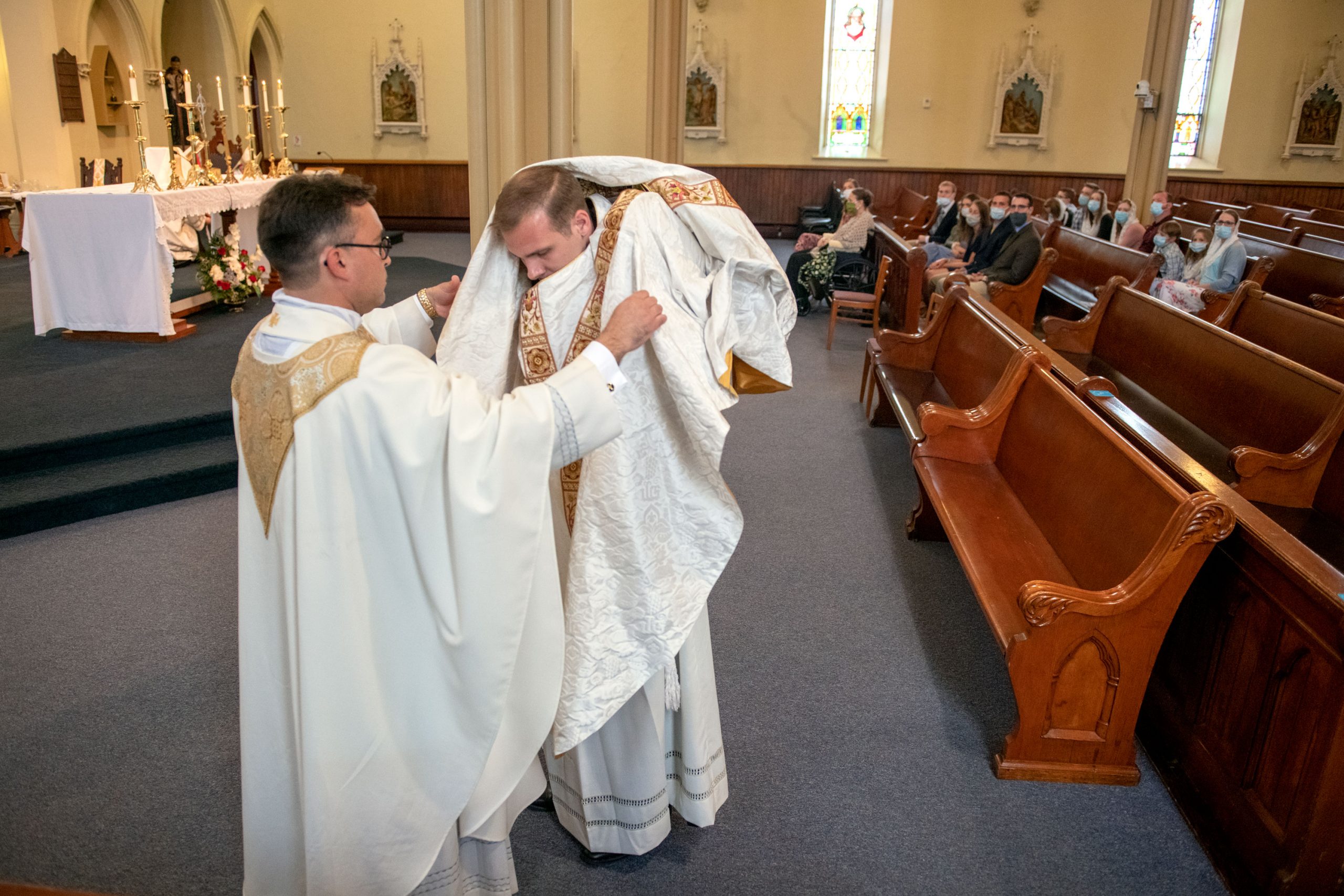 Father Martuscello told the Courier that Bishop Matano had given him the choice of postponing his priestly ordination until a later date so that a larger congregation could attend. He acknowledged that “it wasn’t really an easy decision to make” to go forward with a private ordination.

“It was something I had looked forward to for such a long time, including all those people that have been so good to me and supported me with my vocation. It’s very hard to leave them out,” he remarked.

Father Joseph Martuscello discusses his decision to move forward with his priestly ordination amid the COVID-19 pandemic.

Father Martuscello’s priestly service will begin with his appointment as parochial vicar at the parishes of Our Mother of Sorrows in Greece and Holy Cross in Rochester. The appointment from Bishop Matano will be effective Tuesday, June 30. 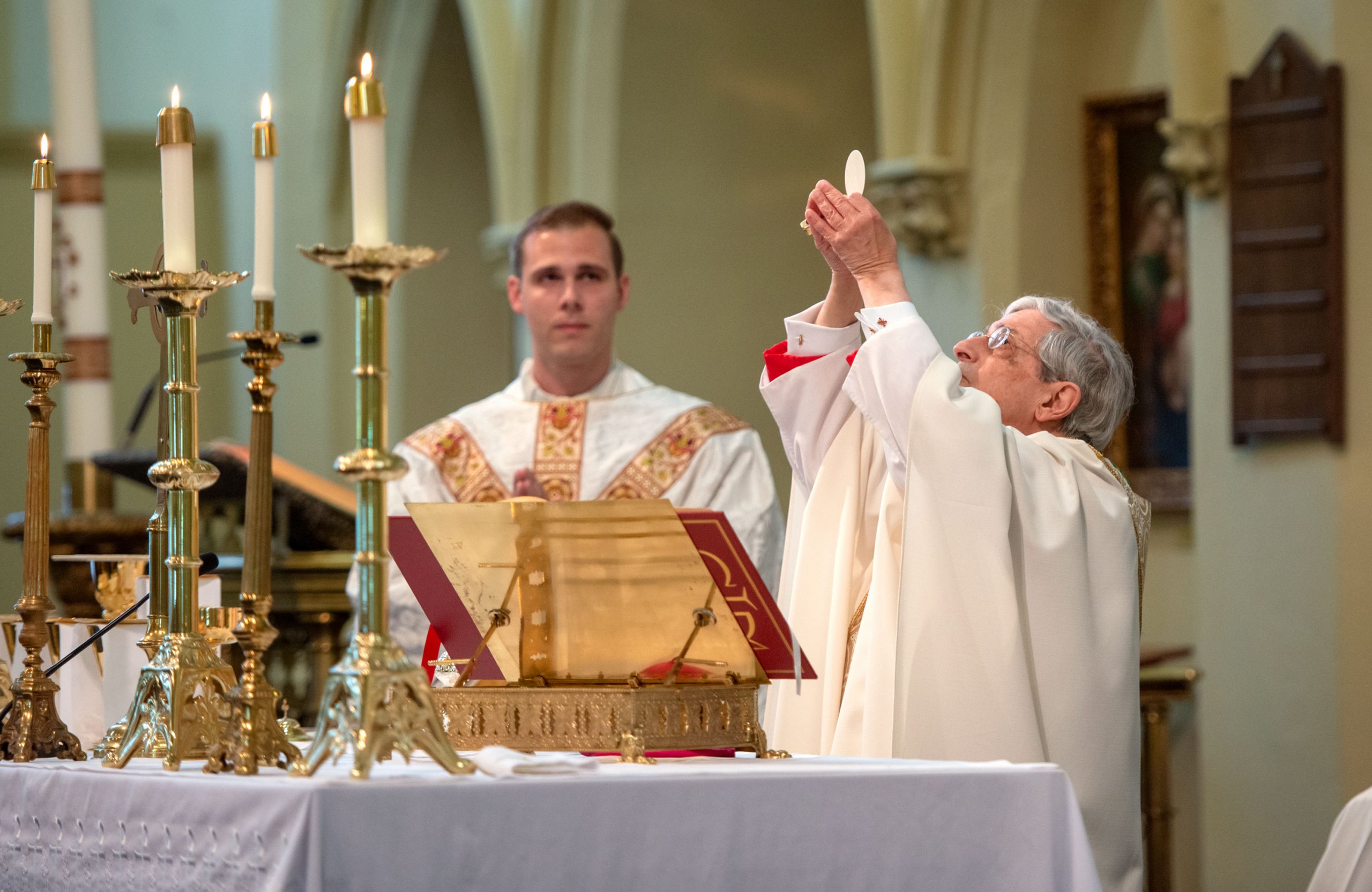 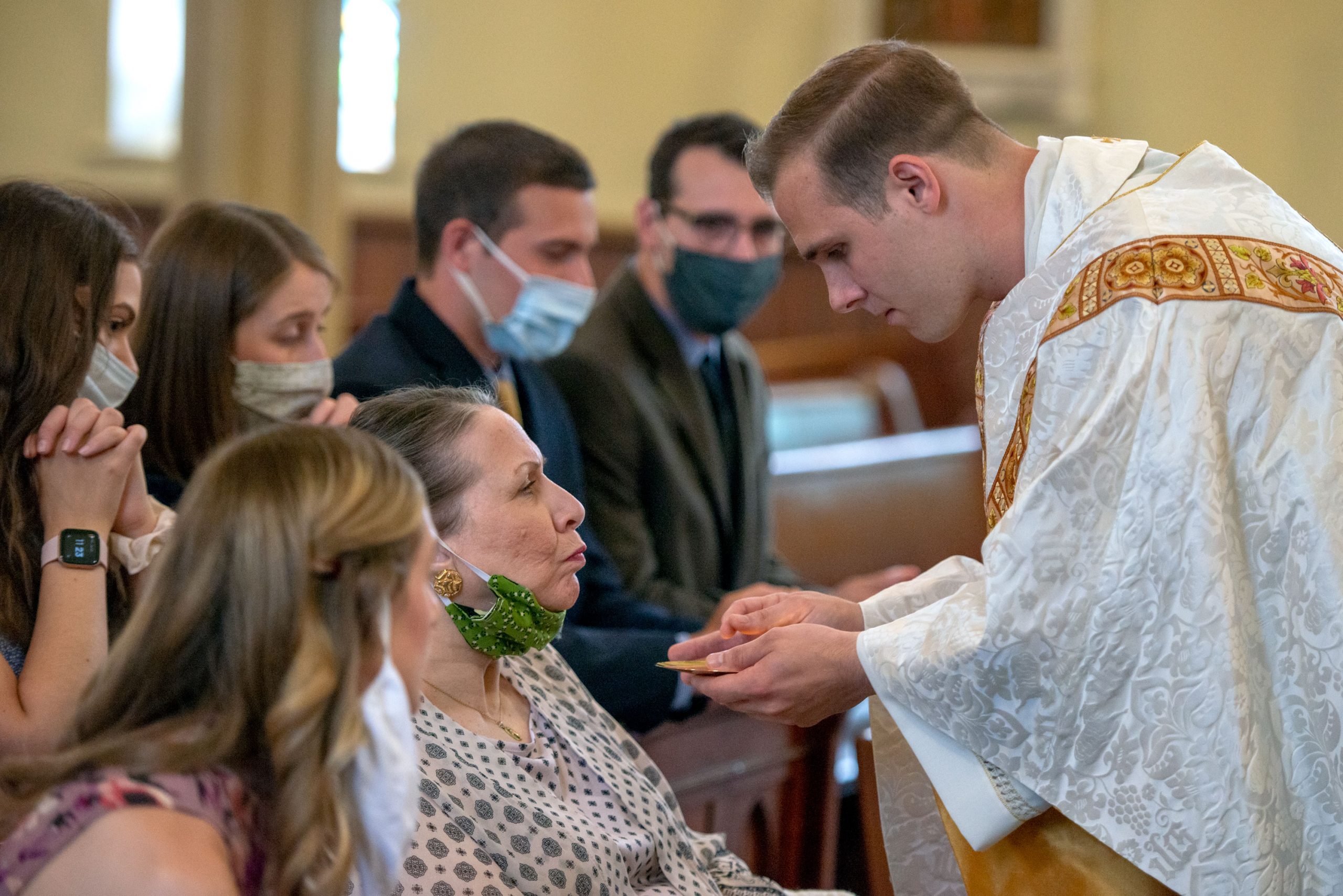 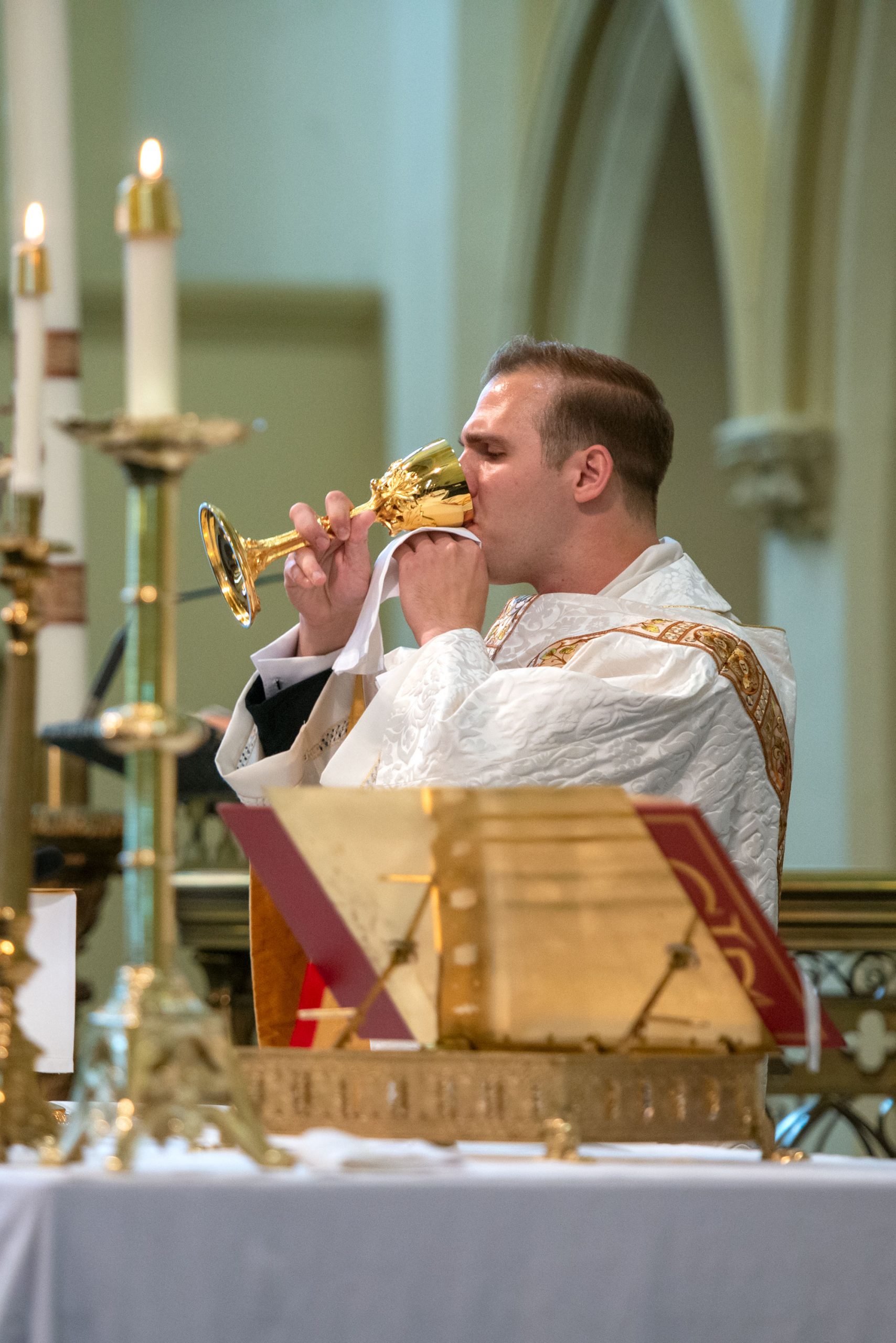 Father Martuscello is a graduate of Corning East High School. He went on to attend Corning Community College and Franciscan University of Steubenville, where he earned a bachelor’s degree in philosophy in 2015. Later that year, he began studies for the diocesan priesthood at St. John’s Seminary in Boston. He was ordained a transitional deacon by Bishop Matano in 2019. Father Martuscello finished his seminary studies at St. John’s from home through online classes since mid-March, when the COVID-19 pandemic began to significantly threaten the northeastern United States.

Now that he has been ordained, Father Martuscello said he is eager to begin living out his priestly life that has been several years in the making.

“I look forward to just being able to be a priest, and to serve God in this vocation that I know that I’m called to,” he said. “I feel very thankful and grateful for this vocation, for this calling. There’s a great joy in my heart.” 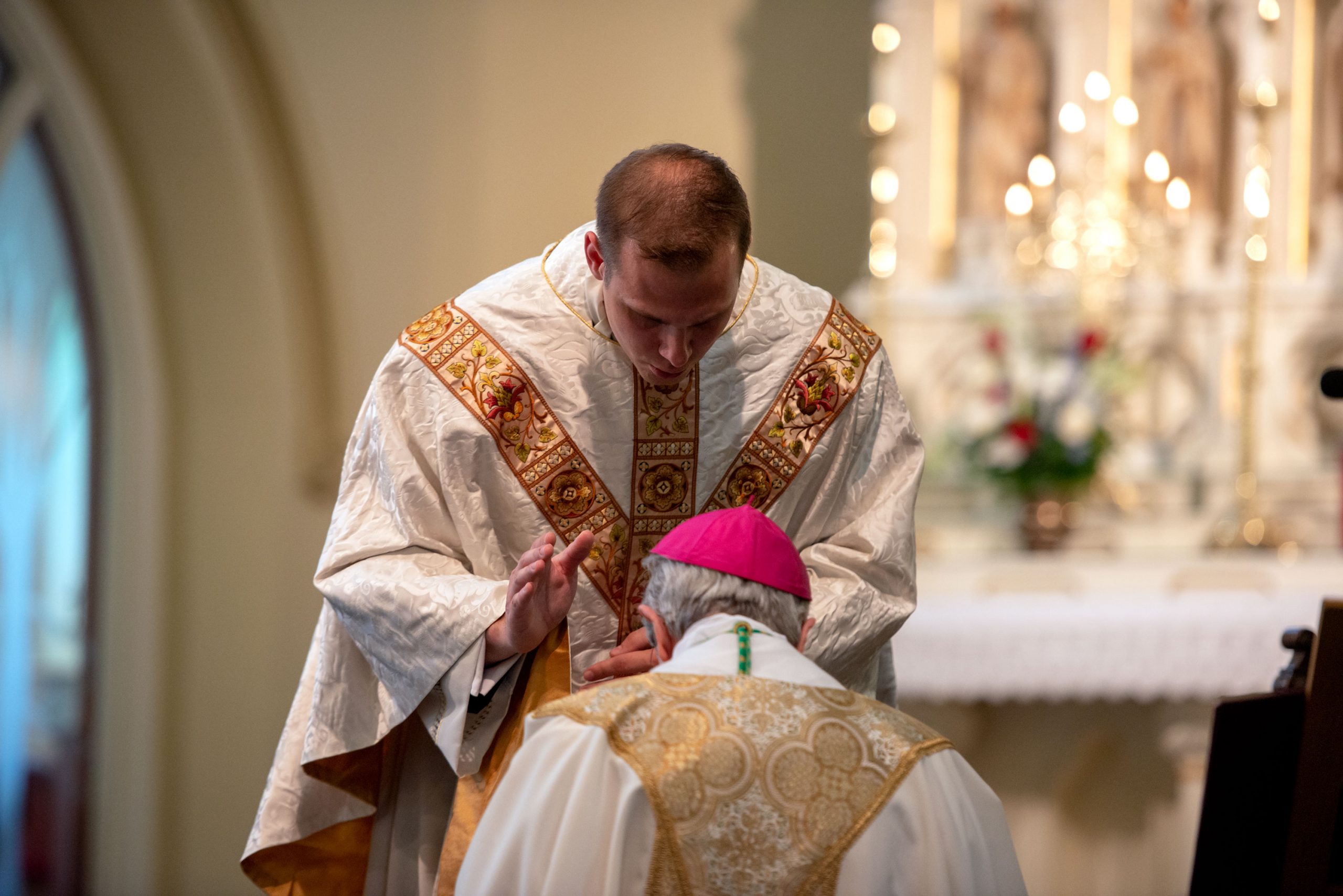 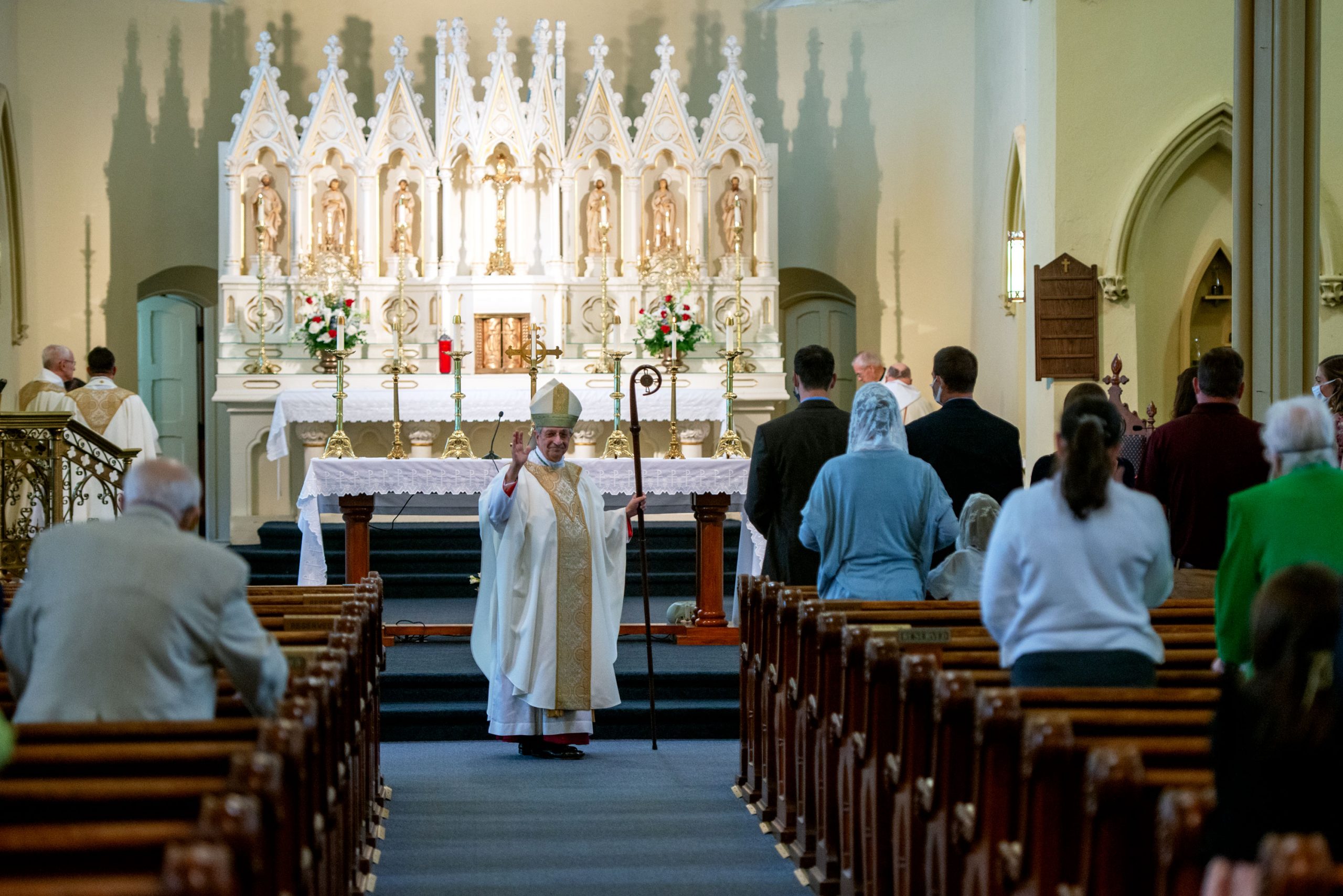 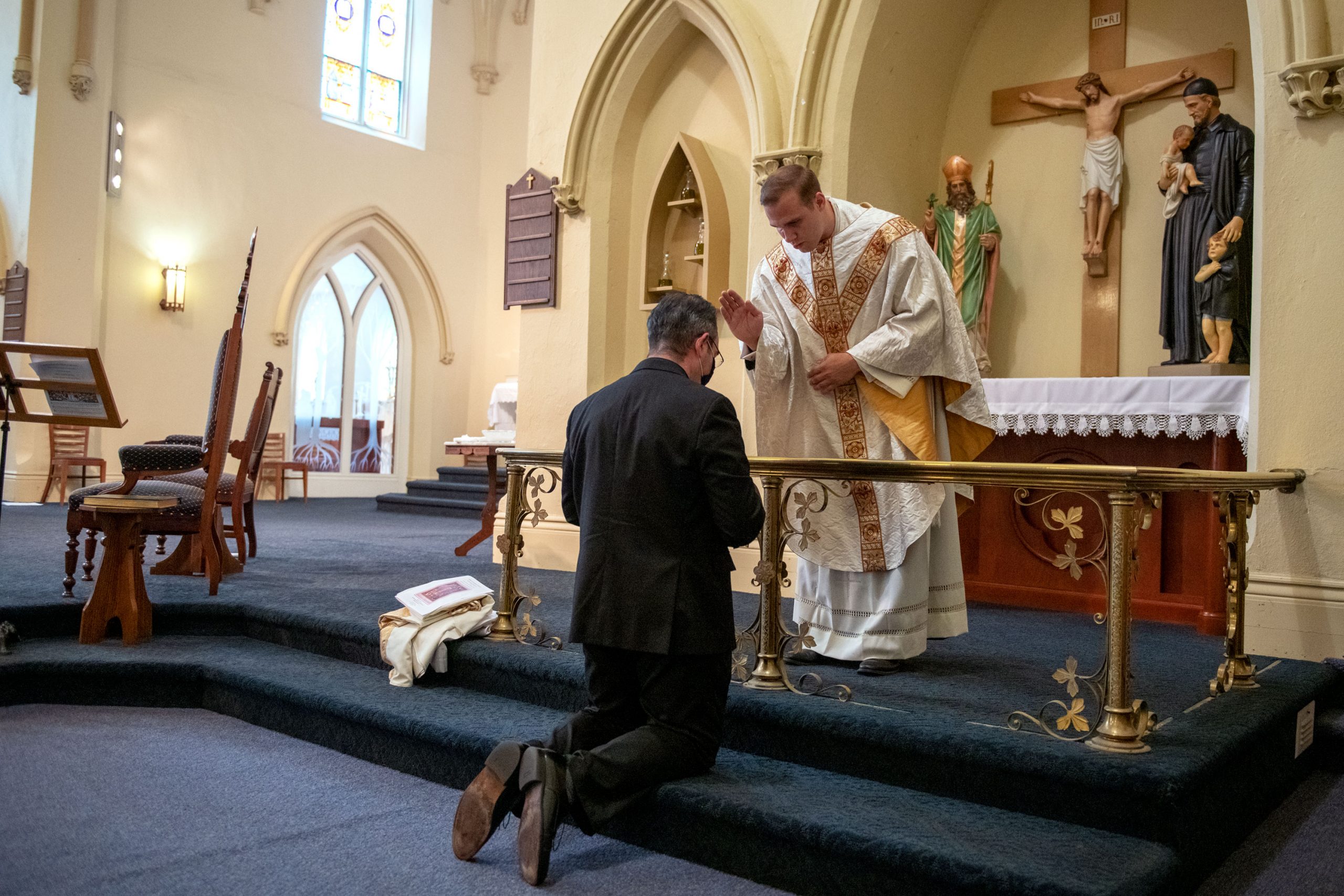 A day after he was ordained the newest priest of the Diocese of Rochester, Father Martuscello celebrated his first Mass of Thanksgiving on Sunday, June 14, on the Solemnity of the Most Holy Body and Blood of Christ.

Click on the button below to read more about his Mass of Thanksgiving.