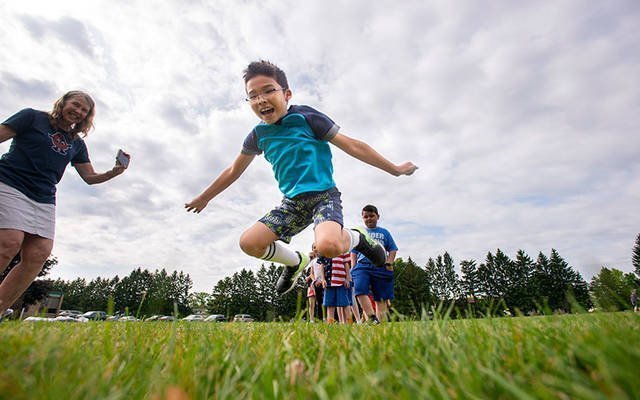 The Catholic Courier and El Mensajero Cat√≥lico won a total of 24 awards from the Catholic Press Association for work published in 2019.

The CPA, which represents more than 600 Catholic publications in the United States and Canada, presented the awards July 2. The CPA’s annual conference and awards dinner were scheduled to take place June 30-July 2 in Portland, Ore., but the events were cancelled and held virtually due to the COVID-19 pandemic.

Photographer of the Year: Third place in this category went to Chief Photographer Jeff Witherow for a body of work from 2019.

Multimedia Journalist of the Year: New Media Coordinator Gina Capellazzi received third-place honors for her writing and videography from 2019.

Best Use of Social Media for Breaking News: Second place in this category went to Capellazzi for her social media posts regarding the Diocese of Rochester’s Sept. 12, 2019, bankruptcy filing.

Best Use of Photos in Social Media: Witherow and Haeger received third-place honors for the photos they posted to social media of the priestly ordinations of Father Matthew Walter and Father Daniel White; Bishop Emeritus Matthew H. Clark’s 40th episcopal ordination anniversary; and a Eucharistic procession in Owego.

Second-place honors in this category also went to Witherow and Haeger for their photo gallery covering the Diocese of Rochester’s annual Day of Penance and Mercy.

Best News Writing on a Local or Regional Event — Non-Weekly Diocesan Newspaper, Circulation 25,001 or More: Burke and Staff Writer Mike Latona received an honorable mention for their reports on the Diocese of Rochester’s bankruptcy filing.

Best Reporting on Vocations to Priesthood, Religious Life or Diaconate — Non-Weekly Diocesan Newspaper, Circulation 25,001 or More: Burke, Latona and Capellazzi won third place for a series of stories in the Courier’s May 2019 edition that focused on vocations discernment and formation.

Best Personality Profile — Non-Weekly Diocesan Newspaper, Circulation 25,001 or More: Burke received an honorable mention for her profile on “Harmonica Pete” DuPr√©, a local Catholic and World War II veteran who delights crowds large and small when he plays his harmonica.

They also received an honorable mention for their 2019 online multimedia Lenten guide.

Witherow won second place for Best Photograph — Portrait for the photo of Cruz that was published with Rodr√≠guez’s profile.

Best Reporting on Social Justice Issues — Life and Dignity of the Human Person: Rodr√≠guez won first place for her March 2019 story on groups seeking to end extended use of solitary confinement.

They also won third place for their photo gallery covering the annual Puerto Rican Festival at Frontier Field in Rochester.

Best Photograph — Feature Photo: Witherow received a third-place award for a photo of a 4-year-old girl blowing bubbles during the 2019 Puerto Rican Festival.