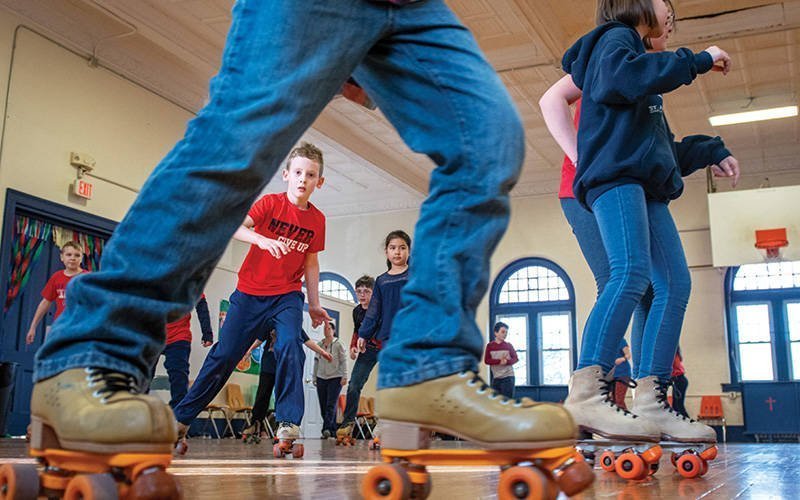 The Catholic Courier won a total of 15 awards from the Catholic Media Association for work published in 2020.

The Catholic Media Association, formerly known as the Catholic Press Association, represents more than 600 Catholic publications in the United States and Canada. The organization’s annual conference and awards dinner was conducted virtually June 8-10 due to the COVID-19 pandemic.

The Catholic Courier won the following awards:
Multimedia Journalist of the Year: New Media Coordinator Gina Capellazzi received second-place honors for her writing and videography from 2020.
“Great variety of stories that go beyond the norm,” the judges wrote. “Shows great attention to trends in community and newsmakers.”
Photographer of the Year: Chief Photographer Jeff Witherow received an honorable mention for a body of work from 2020.
Best Freestanding Presentation of Online Photo Gallery or Slideshow: Third place in this category went to Witherow for his photo gallery showcasing the first day of school at three Catholic schools in Diocese of Rochester.
“These photos really speak to the current moment with the hand sanitizer, masks and plastic dividers,” the judges commented. “Yet, the photos still captured the joy of these young children and their educators.”
Best Multimedia Package — Depiction of Religious Life: The Courier’s staff members received first-place honors for their 2020 online multimedia project highlighting the priest and deacon ordinations.
“One package for one story. Just unbelievable,” the judges wrote. “There are photo galleries for each individual, YouTube videos and Soundcloud for the interviews; so you can hear each man’s voice. Photos are really excellent. They could stand alone. Very high quality. Navigable too. One piece leads right into the next. Well-allocated resources with well-organized results.”
“One of the most well-rounded entries, not just in the category — but in the competition,” the judges added.
Best Multimedia Package — Seasonal Issue: Capellazzi and Witherow won first place for the weekly, online Lenten guide they produced in 2020.
“Wonderful multimedia resource pulling together tons of information and facts, well presented,” the judges remarked.
Best Social Media Campaign: Capellazzi and Witherow received an honorable mention for their social media video series “Fish Tales,” during which they visited church fish fries during Lent.
Best Online Content Not Published in Print — Feature: Second-place honors in this category went to Capellazzi and Staff Writers Mike Latona and Jennifer Burke for stories they produced for the Courier’s website in 2020. The stories recognized for the award were Latona’s articles on Father Joseph Martuscello’s first liturgies and how volunteers across the Diocese of Rochester helped during the coronavirus pandemic; Burke’s stories on Father Justin Miller’s video series on basketball and vocations and a Catholic kindergartner who made tissue-paper flowers to cheer up nurses and patients at Rochester General Hospital; and Capellazzi’s story on a McQuaid Jesuit alum being ordained a Jesuit priest.
“Interesting profiles of people doing fun things!” the judges wrote.
Best Front Page: The Courier’s staff received first place for the front pages of their May, June and August 2020 print issues.
“Art meets design at the highest level. These covers are so clear. They’re simple, bright and sharp,” the judges stated. “All the text is very tastefully done. It is so effective you don’t even notice there’s multiple fonts. You could hang these on a wall.”
Best Reporting on a Special Age-Group — Senior Citizens: Burke received third-place honors for her article on Carmelite Sister Ruth Bittner, who celebrated her 100th birthday in 2020.
“The subject’s personality shines through in this concise, well-written article that was a pleasure to read,” the judges wrote.
Best Reporting on a Special Age-Group — Children and Teens Younger than 18: Burke received an honorable mention for her story about a Catholic kindergartner who made tissue-paper flowers to cheer up nurses and patients at Rochester General Hospital.
Best Seasonal Issue — Digital Only: The Catholic Courier won both first- and second- place awards in this category. Capellazzi and Witherow received first-place honors for their weekly, online Lenten guide,, and the staff won second place for its 2020 online multimedia Advent calendar.
“Excellent overview and useful links and resources that informs and invites participation — as individuals and as a community,” the judges wrote about the Lenten guide.
“A pleasant way to invite engagement,” the judges commented on the Advent calendar.
Best Multimedia Picture Package — Feature: Witherow and former Courier photographer John Haeger won first place for photos on the cover and inside the February 2020 print issue showcasing Catholic Schools Week activities in the Diocese of Rochester.
“The perspective in these photos are far and away the most varied and fresh and draw the eye in from fascinating vantage points,” the judge wrote. “Tight crops also serve to focus the eye and aptly reinforce the photographer’s point of view.”
Best Photograph — Sports Photo: First place in this category went to Witherow for his photo of McQuaid Jesuit playing in a Section 5 Class AA boys soccer quarterfinal in November 2020.
“Beautiful action shot that shows the power of sports in action,” the judges remarked.
Best Photograph — Catholic Education: Witherow received first place for his photo of a Catholic Schools Week roller-skating party at Avon’s St. Agnes School, which was featured on the cover of the February 2020 print issue.
“A photograph of children engaged in play, taken just before the start of the pandemic, has so much added meaning a year later,” the judges wrote. “It’s a wonderful image, though, even without the added weight: shot from a wonderful perspective, the image has a great deal of movement and energy. A very smart capture.”
Copyright © 2023 Rochester Catholic Press Association, Inc. All rights reserved. Linking is encouraged, but republishing or redistributing, including by framing or similar means, without the publisher's prior written permission is prohibited.